The final communique of the G20 came ahead of talks between U.S President Donald Trump and Chinese President Xi Jinping aimed at defusing a trade war.

The U.S is unhappy with what it says is the WTO’s failure to hold Beijing accountable for not opening up its economy as envisioned when China joined the body in 2001.

The communique mentioned the brewing trade war between the US and China.

On Climate change, the U.S once again maintained its decision to withdraw from the Paris Agreement, while other members of the group affirmed their commitment to implement the agreement.

Aside from trade and climate change, Russia’s seizure of Ukrainian vessels drew condemnation from G20 members.

The presence of Saudi Crown Prince, Mohammed bin Salman amid controversy over the killing of journalist, Jamal Khashoggi raised an awkward dilemma for leaders. 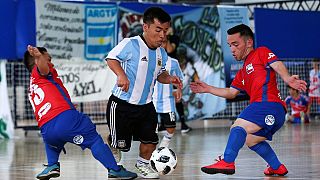