Africities 2018: a commitment to a sustainable Africa

African cities are increasingly suffocating as they struggle to contain nearly 500 million inhabitants, a figure that will reach one billion by 2040, according to experts.

Urbanisation, the management of migratory flows, the problem of global warming are some of the issues that African local elected officials who met in Marrakech, Morocco, discussed at the 8th Africities Summit.

From 20 to 24 November, the “Red City” welcomed more than 7,000 people to attend Africities Summit under the theme “Transition to sustainable cities and territories: the role for African local authorities”.

To meet the challenge of the transition to sustainable cities and territories, African local leaders are counting on a strong South-South cooperation.

“South-South cooperation, South-South partnership is the way forward…. I think that today there is a collective awareness at the level of the African continent, we see it through the reform of the African Union,’‘ says Salaheddine Mezouar, President of the General Confederation of Moroccan Enterprises (CGEM).

The challenge for a sustainable Africa was launched by local authorities on the continent, who will meet in Kisumu, Kenya in 2021. 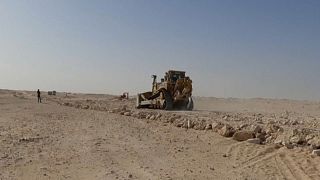