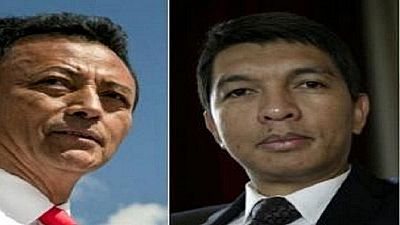 Madagascar will hold a second round of elections on December 19 between two ex-presidents as neither failed to win out-rightly.

According to the Independent electoral commission, Andry Rajoelina and Marc Ravalomanana, came up tops in the first round of votes on November 7..

Another former head of state, outgoing President Hery Rajaonarimampianina, placed third in the polls with only 8.84% of the vote.

The three main candidates out of a total of 36, have accused the electoral authorities of fraud and corruption. AFP said the official result will be the subject of bitter legal challenge, as appeals have already been lodged with the country’s High Constitutional Court.

This climate of suspicion raises concern about the continuation of the process in a country which is familiar with political crises since its independence from France in 1960.

In 2001, Marc Ravalomanana proclaimed his victory in the first round of the presidential election, causing a crisis for seven months leading to the death of one hundred people. He took the reins of power without organizing a second round.

But in 2009, he was forced to resign under the pressure of the army, which had entrusted the leadership of the country to opponent , Andry Rajoelina.

The two were then banned from participating in the 2013 presidential election, which was won by Hery Rajaonarimampianina.