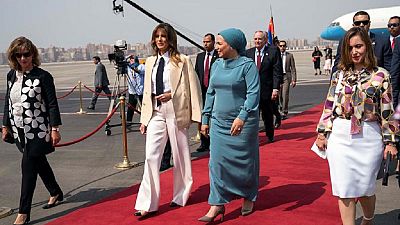 United States First Lady, Melania Trump, on Saturday arrived in Egypt, the final stop of her four-nation African tour that started earlier this week in Ghana.

She was met at the Cairo International Airport by Egypt First Lady Entissar Mohameed Amer. She has visited the famous Egyptian pyramids in the capital, Cairo.

Melania had earlier met with president Abdul Fattah Al-Sisi, the first president to hold a meeting with her on the trip. During stops in Ghana, Malawi and Kenya, she was hosted by only First Ladies.

Melania Trump having her first meeting with a head of state on her Africa trip — the president of Egypt, Abdel Fattah el-Sisi.

She’s at el-Sisi’s main receiving palace, Ittihadiya, for tea with the president and first lady. pic.twitter.com/uI00rjnCjG

Melania arrived in Africa on her first solo trip on October 1 with the aim of partnering USAID to advance the activities of her “Be Best” campaign aimed at children and women empowerment efforts.

The previous three stops – Ghana, Malawi, Kenya – has had a heavy schedules of children and health issues but also with a dose of tourism, call it sightseeing.

She declared slavery a tragedy on her visit to a former slave castle along Ghana’s coast where she laid a wreath. Before that, she had in the company of First Lady Rebecca Akufo-Addo, visited a regional hospital in the capital, Accra.

In Malawi, Mrs. Trump visited a school where she interacted with children. She also met with US embassy officials before flying to Kenya.

Over in Kenya, she visited an elephant orphanage where she fed baby elephants and was given a gift of one them. She also went on a safari tour before visiting an orphanage.

After her trip to the Nairobi orphanage, Melania was treated to a cultural performance at the National Theater. She also held talks with her host, Margaret Kenyatta at the State House. 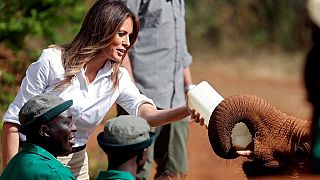 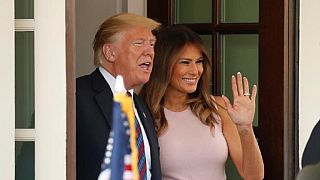 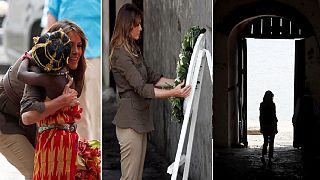