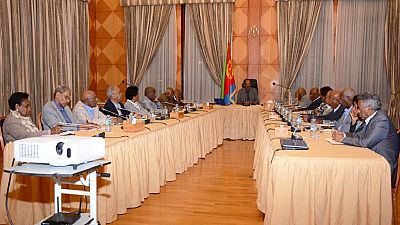 President Isaias Afwerki presided over a cabinet meeting on Friday with Eritrea’s recent peace accord with Ethiopia topping the agenda.

The extensive discussions of the cabinet of ministers focused on two main areas. “One, scope and ramifications of the new reality in the region spurred and epitomized by the historic Eritrea- Ethiopia Peace Agreement.

The minister stressed five key planks on which Eritrea entered or agreed regional partnerships, amongst others: respect for each other’s sovereignty, working to achieve common interests and rejection of harmful agendas.

“Blueprints of these programmes, including funding aspects, are being worked out and slated for finalization in 3 months,” the minister added.

Eritrea has taken on a new business atmosphere after the July 2018 peace deal with its port cities of Assab and Massawa brimming with promise as government readies to give it a new lease of life.

Ethiopia’s Prime Minister has visited the ports as a historic Ethiopian vessel docked in Assab. It is expected to transport Eritrean minerals to China. The Red Sea state is located along a busy shipping route making it a key trading hub but one that had been dormant for some years now.