The World Bank has made two significant moves in the Horn of Africa in the space of one month, first in Ethiopia and now in neighbouring Somalia.

In Ethiopia, the global finance lender after 13 years agreed to finally provide direct budgetary support to one of the continent’s fastest growing economies.

Thanks to reforms championed by Prime Minister Abiy Ahmed, Addis Ababa had secured $1 billion in direct budget support. The bank suspended the support after botched polls back in 2005. The funds were very much needed for a country that is suffering acute forex shortages.

In the case of Somalia, The Washington-based lender on Tuesday approved its first loan for Mogadishu, the amount of $80 million was the first disbursement in 30-years.

Watchers say the funds are a needed boost for Somalia’s economic recovery efforts. The loans are primarily to fund public finance reforms.

Its board had approved financing of $60 million for the Recurrent Cost and Reform Financing Project and $20 million for the Domestic Revenue and Public Financial Management Capacity Strengthening Project, it said in a statement late on Tuesday.

“They (loans) represent a milestone in Somalia’s development and reconstruction,” the bank said.

The World Bank’s relationship with Somalia has been on and off. They suspended ties with the country when war broke out in 1991, resumed support for Somalia in 2003, at the time saying it would focus on HIV/AIDS and livestock programmes with other organisations.

Despite reopening direct ties with Somalia’s federal government in early 2013, it has not approved any direct lending to the government to date.

The bank said it would also work with the government in Mogadishu to improve services like education and healthcare, access to clean water, energy and finance for its citizens – under a programme called Country Partnership Framework.

Somalia’s economy was forecast to grow by an average of between 3.5 and 4.5 percent annually in 2019-2022, when the partnership on social services will run, the bank said. 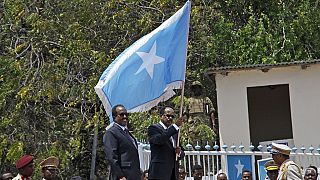