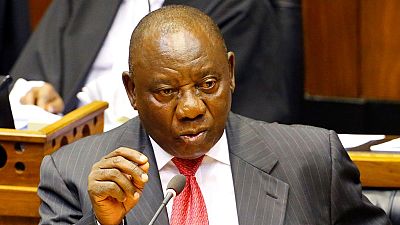 South Africa’s president announced a multi-billion-dollar stimulus programme on Friday, earmarking funds for job creation and infrastructure development as he seeks to make good on a pledge to revive the country’s ailing economy.

Speaking a day after the central bank disappointed some in his ruling African National Congress (ANC) party by not cutting interest rates, Cyril Ramaphosa said the government needed to put the funds at its disposal to better use.

“We have to resort to reprioritising our budget,” Ramaphosa told reporters in Pretoria, adding that there was no room to increase spending or borrowing.

He said 50 billion rand ($3.5 billion) of “reprioritised expenditure and new project-level funding” would be used to boost economic growth and create jobs, and the government would also launch a 400 billion rand “medium-term” infrastructure fund.

“The central element of the economic stimulus and recovery plan is the reprioritisation of spending towards activities that have the greatest economic effect,” he said.

When he took over in February from Jacob Zuma, whose term of office was plagued by scandal, Ramaphosa staked his reputation on economic revival and he received a warm welcome from investors in part due to his strong ties to the business community.

But having stagnated for a decade, Africa’s most industrialised economy slipped further in the second quarter by entering recession for the first time since 2009, while the rand has weakened.

The local currency briefly extended gains after Ramaphosa’s speech before slipping back to trade 0.31 percent firmer against the dollar.

Some analysts were underwhelmed by the stimulus plan.

“This was a political speech. There was very little economics in it,” Nic Borain, an independent political analyst.

“It was a balancing act, although the market and other observers would have been looking for something more decisive. The real details will come in Nene’s budget in October.”

Warren Landgridge, a grain option trader at Riddermark Capital, said investing in agriculture would be a good move.

“It could only be beneficial for the country in the long term if money can be allocated to helping and equipping farmers,” he said.

Finance Minister Nhlanhla Nene told the same event that the 50 billion rand fund would come from under-performing government programmes. He gave no detail and it was also not clear how much of the money would be new funding and how much would be shifted from other projects.

South Africa needs faster economic growth to reduce its 27 percent unemployment rate and alleviate poverty and inequality, which are stoking instability ahead of national elections next year.

But the central bank on Thursday also cut its gross domestic product forecast for 2018 and said there was little leeway in monetary policy to boost the economy beyond the new growth figure while the outlook for inflation had deteriorated.

Land and mining ownership reforms set in motion by Ramaphosa have also unnerved investors, and after an initial rally following his election as ANC leader in December and state president in February, business confidence has wavered.

Ramaphosa said the country’s economy would be put on a firmer footing by the measures he announced on Friday.

“Our economic challenges are huge and our difficulties are severe and in the end will take extraordinary effort and they will also take some time,” he said. “For several years our economy has not grown at the space we needed to create enough jobs.”