It's a season of peace in the Horn of Africa region 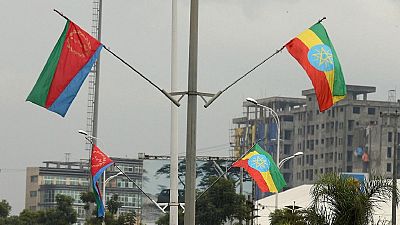 The normalisation of relations between Djibouti and Eritrea on Thursday was hailed as yet another step in the pursuit of peace and economic development in the turbulent Horn of Africa region.

The two nations have been at loggerheads for decades over the disputed border region of Dumeira, and clashes erupted in 2008.

Djibouti’s Foreign Minister Mahmoud Ali Youssouf said: “With the truthful willingness demonstrated by Eritrea and Djibouti to make peace, all other pending issues will find their way to resolution.”

Today the message that we have for the Djiboutian people, the Eritrean people and all in the region, is that the Horn of Africa is heading towards peace.

The development is the latest in a series of diplomatic breakthroughs in the region, notably the historic peace deal between Ethiopia and Eritrea in July.

‘‘This is the season for peace in the Horn of Africa and this peace should be inclusive to all,’‘ read part of Isaias Afwerki’s message to his counterpart, President Ismail Omar Gelleh of Djibouti.

Eritrea has been subjected to a U.N. arms embargo since 2009 over allegations that it provided support to militants in Somalia and for failing to pull troops out of disputed territory with Djibouti.

And yet, it is president Isaias Afwerki who has been at the center of at least three diplomatic wins over the past three months.

In July, Eritrea and Ethiopia signed a historic peace agreement that declared that a ‘state of war’, ending two decades of cold war after a two-year border war that broke out in 1998.

The peac deal was hailed by the citizens of both countries and their Western allies including the United Nations, African Union, European Union and the United Arab Emirates among others.

The leaders of the two countries have since visited each other’s capitals, appointed ambassadors and re-opened diplomatic missions.

Ethiopia’s prime minister, Abiy Ahmed, was in Eritrea this week where he commended Asmara for the progress made in ongoing infrastructural projects including the roads and port services.

At the end of July, Somalia’s president, Mohamed Abdullahi Mohamed commonly known as Farmajo visited his counterpart in Asmara.

During the three day state visit, the two nations agreed to establish diplomatic ties after over a decade of animosity.

“Eritrea strongly supports the political independence, sovereignty and territorial integrity of Somalia as well as the efforts of the people and government of Somalia to restore the country’s rightful stature and achieve the lofty aspirations of its people,” read a joint declaration on brotherly relations signed in Asmara by Eritrean President Isaias Afwerki and Somalia’s Farmajo.

Once close, Somalia and Eritrea fell out over a decade ago as Asmara stood accused of backing Islamist militants on Somali soil in a proxy war with Ethiopia.

Following a tripartite meeting the leaders of Somalia, Ethiopia and Eritrea on Wednesday, it was agreed that dialogue would be initiated to resolve a long standing dispute between Eritrea and Djibouti.

A delegation of the three countries’ foreign affairs ministers met Djibouti’s president Ismail Guelleh, who told them his country was ready for ‘reconciliation and formalisation of its ties with Eritrea’.

“Today the message that we have for the Djiboutian people, the Eritrean people and all in the region, is that the Horn of Africa is heading towards peace,” said Djibouti’s Youssouf.

Tensions between the two countries rose last year after mediator Qatar pulled its peacekeepers out of the disputed zone of Dumeira.

Qatar had brokered a peace deal in 2010 but relations remained strained.

Djibouti then accused Eritrea of briefly moving troops into Dumeira, a piece of land jutting into the Red Sea that the two countries had previously squabbled over in 1996 and 1999.

In April 1996 they almost went to war after a Djibouti official accused Asmara of shelling the town of Ras Dumeira.

In 1999 Eritrea accused Djibouti of siding with Asmara’s arch-foe Ethiopia while Djibouti alleged its neighbour was supporting Djiboutian rebels and had designs on the Ras Dumeira region, which Eritrea denied.

Djibouti this year asked both the African Union and the United Nations to help mediate the dispute after Qatar’s withdrawal.

The Djibouti – Eritrea standoff is seen by most political and security analysts as the final rift needed to be solved to restore durable peace to the Horn of Africa region.