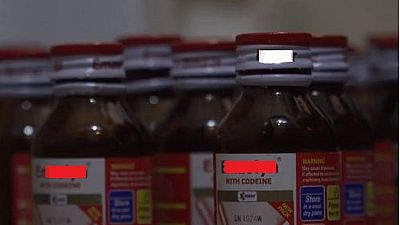 Authorities in Botswana have expressed concerns over a reported increase in use and addiction of codeine-based cough syrups.

“The authority would like to send a caution to parents and families about the growing misuse and addiction to this easily accessible codeine containing cough syrups.

“It is alleged that addicts mix codeine with fizzy drinks such as sprite and mountain dew in order to create a concoction popularly known among Adolescent and Young Adults as Purple drank or Lean,” the government Twitter handle noted.

Nigeria drugs authority in February 2018 imposed a total ban on the importation of codeine. The ban was specifically in respect of codeine as an active pharmaceutical ingredient for cough preparations. The directive is meant to curb an addiction crisis exposed in a BBC undercover film.

Codeine is a derivative of opium; used as an antitussive (to relieve coughing) and an analgesic (to relieve pain)

Whiles telling the story of how young people continue to suffer the addiction, they also exposed how a top pharmaceutical firm was complicit in selling codeine-based cough syrups to especially young people.