NASA launches first ever solar probe to 'touch the sun' 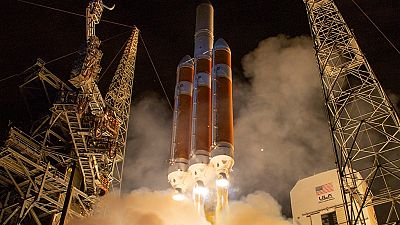 NASA on Sunday launched a probe that will head closer to the Sun than any other spacecraft before it. The Parker Solar Probe will endure wicked heat while zooming through the solar corona to study this outermost part of the stellar atmosphere that gives rise to the solar wind.

The Probe, a robotic spacecraft the size of a small car, was launched from Cape Canaveral in Florida, for its planned seven-year mission. It is set to fly into the Sun’s corona within 3.8 million miles or 6.1 million km from the solar surface, seven times closer than any other spacecraft.

The corona gives rise to the solar wind, a continuous flow of charged particles that permeates the solar system.

Unpredictable solar winds cause disturbances in our planet’s magnetic field and can play havoc with communications technology on Earth. NASA hopes the findings will enable scientists to forecast changes in Earth’s space environment.

The project, with a $1.5 billion price tag, is the first major mission under NASA’s Living With a Star programme.
The probe is set to use seven Venus flybys over nearly seven years to steadily reduce its orbit around the Sun, using instruments designed to image the solar wind and study electric and magnetic fields, coronal plasma and energetic particles.

NASA aims to collect data about the inner workings of the highly magnetized corona. The probe, named after American solar astrophysicist Eugene Newman Parker, will have to survive difficult heat and radiation conditions.