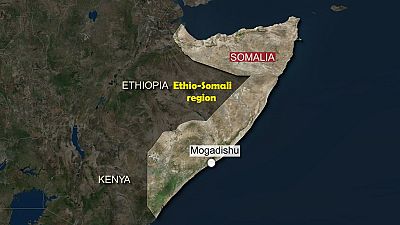 The Ogaden National Liberation Front (ONLF) insists its a wholly Somali group and not an Ethio-Somali organization. It said via its known Twitter handle that it was a ‘Somali organisation fighting for the rights of all Somali people living under Ethiopian occupation!’

The group was reacting to one of Somalia’s leading radio outlet, Radio Dalsan, which in a tweet accompanied by a photo of the group’s leader wrote: Ethio-Somali organisation ONLF demands apology from Somalia govt.

The tweet added a quote attributed to ONLF, “We call on the President to repeal the decision of the Somali Cabinet Ministers labelling ONLF a terrorist organisation, and to offer a full apology to Abdikarin Sh Muse & all Somali people” via @ONLFofficial.

We are not ‘Ethio-Somali’- we are a Somali organisation fighting for the rights of all Somali people living under Ethiopian occupation! https://t.co/dfAaPVHkKl

The group in an earlier tweet said it welcomed a request by the Somali president Mohamed Abdullahi Farmaajo to meet its chairman.

They further demanded that a terrorist label slapped on it by Somali Council of Ministers be repealed and an apology granted to its leader and the people of Somalia.

According to its website, the group describes itself as “a national liberation organisation that struggles for the rights of the Somali people in Ogaden and has no involvement whatsoever in Somalia’s multifaceted conflict at all.”

The arrest and repatriation of its leader Abdikarim Muse Qalbi Dhagah in August 2017 sparked widespread condemnation of the government. He was, however, released in June this year by the Ethiopian government under the leadership of Prime Minister Abiy Ahmed.

Most rights groups expressed worry that his transfer to Addis Ababa whiles illegal under international law could potentially expose him to torture and humiliation given that members of the group were classed ‘terrorists.’

Here are some key facts about the Ogaden National Liberation Front (ONLF) rebels: