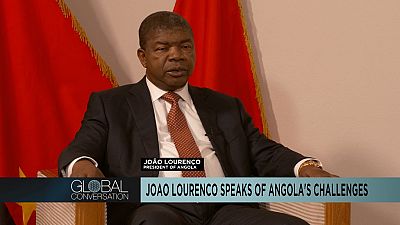 Diamond producers say they have struggled to make money in Angola due to a marketing system that obliged them to sell at below international prices, leading them to largely shun one of the world’s most exciting prospects for the precious stones.

The draft presidential decree, which was seen by Reuters but could still be altered, includes a plan to set the price of rough diamonds against an international benchmark and give producers greater influence to pick their own buyers.

Sub-Saharan Africa’s third largest economy is trying to diversify away from oil and the decree said there was a “considerable difference between the country’s potential and the (diamond) industry’s actual impact on the national economy”.

Angola to privatise 74 state companies over the next few years

Angola’s Presidency and the Ministry for Natural Resources and Oil did not immediately respond to a request for comment.

Earlier this month Reuters reported that Angola’s largest diamond mine, Catoca, estimates it lost $464 million over the past six years by having to sell through state-owned diamond trading company Sodiam which often chose politically connected buyers able to negotiate prices below fair value.

Diamond mines to choose their own buyers

The new legislation looks to fix this by allowing producers like Catoca to sell up to 60 percent of their production to companies of their choosing, including to their own trading divisions, breaking Sodiam’s total control to select buyers.

In another significant change, the new system will price stones according to a benchmark based on a sample of typical nationally-produced stones, along with an evaluation using a price list “in line with the international market”.

Angola will also introduce sales sessions for pre-approved diamond buyers, along the lines of “sights” held by diamond group De Beers, while particularly rare stones will be individually sold via auction.

The planned legislation also foresees stricter oversight by the Ministry of Natural Resources and Oil, previously kept at arm’s length by Sodiam and its parent Endiama, which had great influence under previous president José Eduardo dos Santos.

The Ministry will, according to the draft decree, have the power to appoint independent evaluators to intervene in any disputes and set more transparent criteria by which Sodiam selects buyers, giving priority to polishers and jewellery makers over middlemen that just resell the stones.