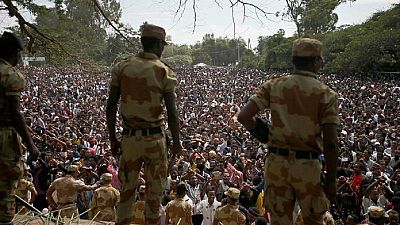 Reports say the state of emergency could be lifted as early as this coming week, as a draft bill from the Council of Ministers is sent to parliament.

“The Council of Ministers … reviewed the security situation of the country. It noted that law and order has been restored… the draft will be sent to parliament for consideration,” the prime minister’s chief of staff, Fitsum Arega, said Saturday on Twitter.

The Council of Ministers in its today’s regular meeting reviewed the security situation of the country. It noted that law & order has been restored. It has approved a draft law that lifts the State of Emergency. The draft will be sent to Parliament for its consideration #Ethiopia

The state of emergency was imposed in mid February after the resignation of former Prime Minister Hailemariam Desalegn which gave rise to a power struggle within the ruling coalition, Ethiopian People’s Revolutionary Democratic Front (EPRDF).

Ethiopia’s 547- seat House of People’s Representatives often holds its sessions on Monday. Its legislators who are all members of the ruling party are expected to endorse the move.

This is the second state of emergency imposed in one of Africa’s strongest economies during more than two years of sometimes deadly protests demanding wider freedoms and the release of political prisoners.

Since new Prime Minister Abiy Ahmed, was installed in April, several thousands of prisoners have been released and tensions in restive areas, notably Oromia, have dramatically declined.