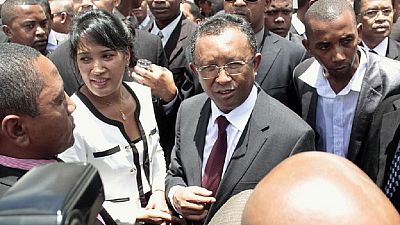 Madagascar’s top court has ordered the president to dissolve his government and appoint a new prime minister who had the support of all political parties, part of moves to ease a political crisis in the Indian Ocean island.

The High Constitutional Court said late on Friday that the move was driven by President Hery Rajaonarimampianina’s failure to constitute a High Court of Justice which would adjudicate on crimes by senior politicians.

“The President of the Republic shall terminate the functions of the Government and proceed to the appointment of a consensus Prime Minister, within a period of 7 days from the publication of this Decision, on a list of at least three names,” the court statement said.

Earlier this month, Rajaonarimampianina approved a new election law lifting a provision that would have prevented the main opposition candidate, Marc Ravalomanana, from standing for office, which had provoked a political crisis and deadly street demonstrations.

Presidential elections are due this year.

Madagascar is one of the world’s poorest countries, despite reserves of nickel, cobalt, gold, uranium and other minerals. A 2009 coup scared off foreign investors.

Friday’s court decision means that Rajaonarimampianina will have to consult other political parties represented in parliament before appointing a new prime minister. His party has no lawmakers in parliament.

On April 25, opposition lawmakers had asked the High Constitutional Court to order Rajaonarimampianina to resign for failing to establish the High Court of Justice for political disputes.

The court ordered Rajaonarimampianina to name new ministers within seven days of the appointment of the prime minister who reflected all the political parties with representatives in parliament.

It also ordered the government and the electoral body CENI to organise the forthcoming elections. 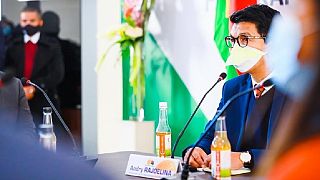