Salah speaks: 'I'm confident I'll be in Russia to make you all proud'

Liverpool forward and Egyptian international, Mohamed Salah, has commented on his team’s loss in the Champions League final and the situation with his injury.

Liverpool lost 3 – 1 to Real Madrid in Kiev on Saturday evening with Salah having to leave in the first-half after picking an injury. He collided with Real captain Ramos in a challenge that left him with a dislocated shoulder according to reports.

But Salah said in a Twitter post that despite the disappointment of what he called a “tough night,” he was confident of recovering in time to partake in the Pharaohs World Cup campaign in Russia.

“It was a very tough night, but I’m a fighter. Despite the odds, I’m confident that I’ll be in Russia to make you all proud. Your love and support will give me the strength I need,” the tweet read, accompanied by a photo of a visibly distraught Salah making his way out of the pitch.

It was a very tough night, but I'm a fighter. Despite the odds, I'm confident that I'll be in Russia to make you all proud. Your love and support will give me the strength I need. pic.twitter.com/HTfKF4S70e

On Saturday, Salah’s club manager Jurgen Klopp had earlier said the player is doubtful for next month’s World Cup after suffering a shoulder injury.

Salah, who scored 44 goals in all competitions for Liverpool this season, left the field in tears in the 31st minute after falling heavily under a challenge by Real captain Sergio Ramos.

The Egyptian tried to continue after receiving treatment on the pitch but was forced to leave the game. However, Egypt’s FA said on Twitter that Salah had sprained shoulder ligaments and they were optimistic he would be fit for the World Cup.

Klopp earlier told a post-match news conference the player’s injury is a really serious one, adding that he is in the hospital for an X-ray. He also said, it’s either the collarbone or the shoulder itself and that it doesn’t look good.

Egypt will be at the World Cup for the first time since 1990 and face hosts Russia, Uruguay and Saudi Arabia in Group A. 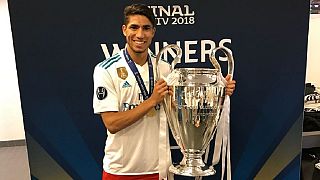 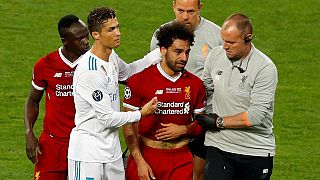 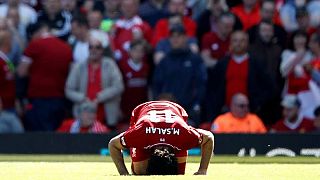 'Mohamed Salah is ready for Champions League final, whether he is fasting or not': Klopp

'Mohamed Salah is ready for Champions League final, whether he is fasting or not': Klopp