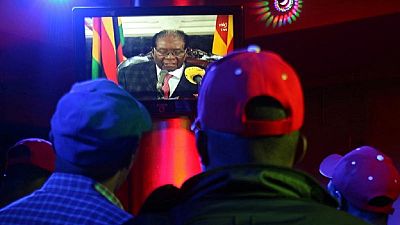 Zimbabwe has given its second-ever television broadcasting licence to a state-owned newspaper group, entrenching the government’s monopoly over the broadcast media ahead of elections expected in a few months.

Zimbabwe Newspapers, which runs some of the country’s biggest newspapers and several radio stations, said on Wednesday it had been issued a TV licence by the Broadcasting Authority of Zimbabwe (BAZ).

Zimbabwe Broadcasting Corporation, which is also owned by the state, has been the sole broadcaster in the southern African nation since it gained independence from Britain in 1980.

State-owned newspapers and television were official mouthpieces of 94-year-old leader Robert Mugabe, but they quickly switched allegiance to Mnangagwa after Mugabe was forced out by the military in November.

The opposition has complained of unfair coverage by state media as political parties gear up for the national elections, whose date is yet to be fixed.