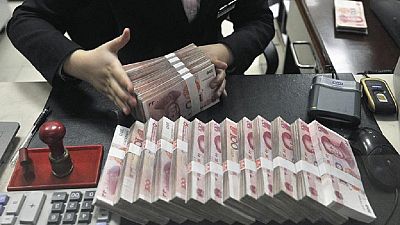 The People’s Bank of China (PBOC) said on its website the swap deal will facilitate trade and investment, and safeguard stability of financial markets of both countries.

Nigeria is Africa’s most populous nation and has the continent’s biggest economy. It recently slid in recession but made a quick exit. The economy was a major plank of the Buhari campaign that brought him to power in 2015.

China on the other hand is seen as a key economic player across the continent. Its infrastructure investments are sprawling across much of sub-Saharan Africa.

Chinese presence in Africa is also accompanied by a strong diplomatic relationship. African leaders have often flown to Beijing to engage on diplomacy but on the sidelines signed trade and bilateral deals.