Politics a dirty game all over the world – Botswana's ex-President 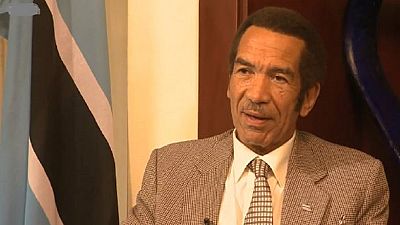 Former president of Botswana, Ian Khama, has affirmed a long held cliche that politics is a dirty game. In his view, politics must however be differentiated from governance.

In a wide-ranging interview with the BBC, the 65-year-old who stepped down in late March after 10 years in charge of the diamond-rich southern African nation, said he never enjoyed being president over the period.

It's dirty in any country where you go, it's like that. (And) the amount of negativity that is generated, the self interest that drives a lot of people, I just don't have time for that.

“Because most of the time was taken up with government work, where you come up with programs and policies and implementing them for the benefit of the people.

“Politics is party politics and all the nonsense – and you must have heard the expression about how dirty politics is. It’s dirty in any country where you go, it’s like that. (And) the amount of negativity that is generated, the self interest that drives a lot of people, I just don’t have time for that,” he added.

He also addressed the issue of sit-tight African leaders, urging them to step aside and allow others lead. He maintained his strong stance on the call for Kabila to leave office and allow a new dispensation to tackle ongoing challenges.

He defended his call for the International Criminal Court (ICC) to prosecute African leaders who plunge their respective countries into chaos.

Khama, a former soldier, entered politics and succeeded Festus Mogae in 2008. Under his tenure, Botswana had a no-nonsense diplomatic stance that saw the country criticize the United States over a Jerusalem vote.

Botswana broke diplomatic ties with The Gambia at a time Yahya Jammeh was refusing to leave office. They openly criticized Kabila for overstaying his tenure and Khama personally slammed Mugabe for similar reasons.