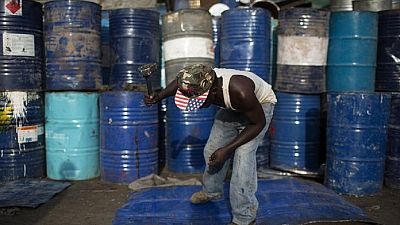 Kenya’s oil, gas and mineral deposits are being increasingly exploited, but a failure to implement laws and ensure local communities know their rights has meant the most marginalised are not benefiting, lawyers and academics said on Thursday.

The East African nation has proven deposits of titanium, gold and coal and also holds significant copper, niobium and manganese deposits, as well as oil and gas reserves.

But despite these commodities often being located in remote regions where the country’s poorest live, few have reaped the rewards from mining, said experts at an event hosted by the legal think-tank the International Commission of Jurists (ICJ).

However several years since the discoveries, resource extraction has concentrated wealth and power in the hands of a few, aggregating corruption and adverse inequalities, leading to massive environmental degradation and pollution.

“The discovery of oil and gas and other natural resources in Kenya was received with enthusiasm and optimism of a great future, not only for the country, but also for the communities,” said lawyer Robert Mochache and ICJ council member.

“However several years since the discoveries, resource extraction has concentrated wealth and power in the hands of a few, aggregating corruption and adverse inequalities, leading to massive environmental degradation and pollution.”

Mochache said there were cases of displacement of communities, workers subjected to unsafe conditions, as well as soil, water and air pollution.

Kenya’s extractives industry is at its infancy stage. The ministry of mining was set up five years ago and legislation to regulate the industry passed in 2016. The sector accounts for less than 1 percent of the country’s gross domestic product.

Legal experts and academics said cited disputes between communities and miners across Kenya’s mineral belt, stretching from the northwest to the southern coast – largely due to people feeling aggrieved over shares of revenues and access to jobs.

They said Kenya’s mining legislation and constitution provided enough regulation to ensure communities were given their fair share of mining revenues as well as other benefits, but that laws need to be enforced and people empowered.

“The problem is not the law, the problem is the lack of governance and implementation of legislation,” said Nicholas Orago from University of Nairobi’s School of Law who conducted a study on titanium mining in Kenya’s coastal region of Kwale.

“In many cases, resources are found where in areas people are vulnerable, yet those who come to mine have both economic and political power, and this creates an unequal relationship leaving people open to exploitation.”