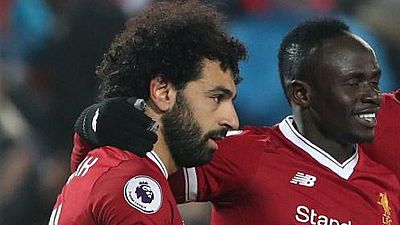 The Reds had their two African marksmen, Egyptian Mohamed Salah and Senegalese Sadio Mane, on target on a night where City’s defense were found wanting as Liverpool dazzled to score three times in the first 45 minutes.

Salah and Mane’s goals were sandwiched by a long range effort by Englishman Alex Oxlade Chamberlain. Liverpool however have some concerns over Salah who limped off seven minutes after the interval.

Klopp confirmed the 25-year-old, who has scored 38 goals for Liverpool in all competitions this season, will be assessed in the coming days ahead of their Premier League clash against local rivals Everton at Goodison Park.

Even though Salah says he is fine, his manager insists the team will await real diagnosis not that of the player. “After the game I asked him and he said, ‘I will be good, it will be fine’. But now we have to wait for the real diagnosis, not Mo’s self-diagnosis.”

Liverpool will defend their three-goal advantage against City in the return leg at the Etihad Stadium on Tuesday. The winner gets a spot in the semi-finals of the competition.