Reactions have continued to follow the conviction of Dakar’s mayor Khalifa Sall. The mayor of Senegal’s capital Khalifa Sall was convicted of embezzling nearly three million dollars of government money.

He was sentenced to five years in prison. But Sall’s supporters say the trial aimed to derail his ambitions of becoming president. 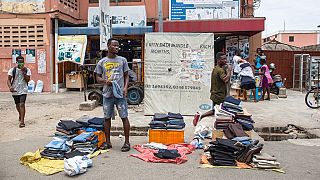