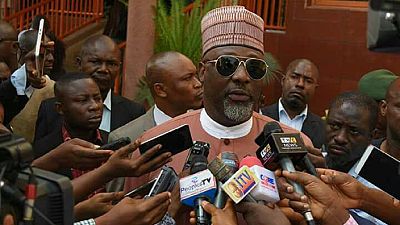 A Nigerian lawmaker has been declared wanted by the police. The controversial Senator Dino Melaye described himself in part as a democratic evangelists and private investigator.

He is wanted over a fake assassination case. According to police Melaye provided false information in relation to an attempt on his life in 2017.

Police on Wednesday, March 28, declared him wanted and said they had requested assistance of Interpol to arrest the lawmaker who represents people in Kogi state.

He is wanted along with one Mohammed Audu, son of a former governor of the state, Abubakar Audu. In a related development, the Inspector General of Police also suspended Kogi State police chief after suspects being held in the Melaye matter escaped from custody.

The two escapees had accused the Senator of being their sponsor and gun supplier. In turn Melaye has threatened to sue the police for negligence in allowing the the suspects to slip from custody.

“The IGP dissatisfied with the circumstances surrounding the escape of six suspects including two principal suspects (KABIRU SEIDU A.K.A OSAMA, NUHU SALISU A.K.A SMALL) who indicted Senator Dino Melaye and Mohammed Audu in a case of conspiracy and unlawful possession of prohibited firearm already filed at the Federal High Court, Lokoja which came up in court today, 28th March, 2018, has ordered the immediate removal of Commissioner of Police, Kogi State Command, CP Ali Janga,” a statement from the Nigeria Police Force read.

Melaye has previously threatened to beat a female lawmaker after launching a verbal assualt on her back in 2016. He is on record to have also led an advocacy pushing for the abolishing of tribal marks.

He has appeared in a music video with son of a top politician, released a track of his own and is the subject of a recall by his constituents. He lives a flashy lifestyle and has often shared his wealth on social media platform, Instagram.

The Senate has yet to respond to the police warrant for one of its own despite he being a very close ally of Senate President, Bukola Saraki. 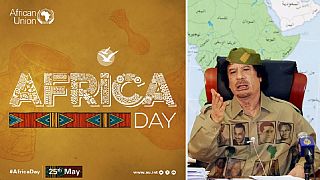