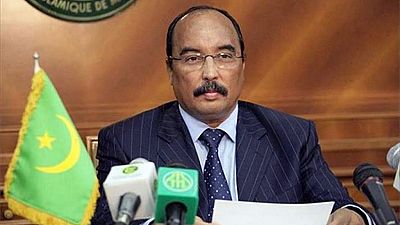 The African Union on Friday urged Mauritania to make a greater effort to eliminate slavery after the country handed out lenient sentences to a family of slave owners in a landmark conviction.

Said Ould Salem and his brother Yarg were born into slavery in the West African nation and forced to work every day from an early age by a wealthy family, campaigners said.

Their owner was found guilty in Mauritania’s first ever prosecution for slavery in 2011, but was sentenced to only two years in prison while the law required five to ten years, said UK charity Anti-Slavery International.

This verdict puts a lot of pressure on Mauritania to take slavery seriously.

He has yet to be jailed, pending appeal, and other members of the family walked free, the campaign group said.

In a statement published online, the African Union (AU)’s Committee of Experts on the Rights and Welfare of the Child said that all members of the family should be given sentences commensurate to their crimes.

Mauritania should also “give due regard to the issue of slavery and make the elimination… one of its priorities,” the pan-African body said.

“This verdict puts a lot of pressure on Mauritania to take slavery seriously,” said Jakub Sobik, a spokesman for Anti-Slavery International.

Mauritania was the last country in the world to abolish slavery in 1981, and has one of the highest rates of slavery in the world, with 1 in 100 people living as slaves, according to the 2016 Global Slavery Index.

Slavery is a historical practice in Mauritania, where dark-skinned ethnic groups make up the main “slave caste”, often working as domestic servants and cattle herders.

A new anti-slavery law in 2015 doubled the prison term for perpetrators to 20 years, but in its second prosecution a year later Mauritania gave two slave owners only five-year sentences.

“The problem is that there is a law criminalsing slavery, but it’s not respected,” said Lucy Claridge, legal director for Minority Rights Group International, which helped bring Said and Yarg’s case to the African Union.

The country is due to host two high-level AU meetings this year, which could increase pressure, she said.

“This is a fantastic decision. I very much hope that it’s taken seriously,” Claridge told the Thomson Reuters Foundation.