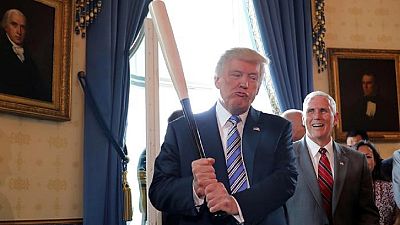 Trump is quoted to have said: “Why do we want all these people from Africa here? They’re shithole countries … We should have more people from Norway.”

He made the comments whiles meeting a bipartisan group of Senators at the White House on Thursday. He has tweeted today denying the use of the word.

“The language used by me at the DACA meeting was tough, but this was not the language used. What was really tough was the outlandish proposal made – a big setback for DACA!” his tweet read.

Never said anything derogatory about Haitians other than Haiti is, obviously, a very poor and troubled country. Never said “take them out.” Made up by Dems. I have a wonderful relationship with Haitians. Probably should record future meetings – unfortunately, no trust!

Twitter users have joined condemnation of the comments with a number of people slamming it as ‘racist,’ and uncalled for, especially from a president. There are those that poked fun at Trump.

Some people used beautiful photos of Haiti and parts of Africa to challenge Trump’s position whiles others through their comments sought to educate the U.S. president.

I am Robert Alai, from a #Shithole country called Kenya. #ShitholeTrump

I’m a proud son of the shining continent called Africa. My heritage is deeply rooted in my Kenyan roots. Africa is NO #shithole, mr. trump. pic.twitter.com/9j9rMWyki7

Just in case someone was wondering what a #shithole looked like. #Haiti pic.twitter.com/VWzpveg6ud

#Africa is NOT a country! And definitely NOT a #Shithole pic.twitter.com/Dr68sZFqcr

BREAKING: Many people are saying they located the real #shithole… POTUS #Trump pic.twitter.com/JWyC7bkonO

Please don’t confuse the #shithole leaders we Africans elect with our beautiful continent. Our leaders are shit like dotard Trump. Our motherland is the most blessed continent that has been raped by imperialists in collaboration with our shitty misleaders for generations. pic.twitter.com/hJVYYo0VlC

For the record, in his 356 days, President Trump has now made news on Africa only twice. #Shithole and the fictional republic of #Nambia.

Botswana always leads from the front. It asks the US Governemnt to clarify if Botswana is regarded as #shithole country ✊? pic.twitter.com/0fRjJAfJMt

I want to apologize to the young people of America. I am sorry that your President is a horrible role-model, an openly foul-mouthed racist bigot sexist sexual assaulter. #shithole #HisTimeIsUp #DonaldTrump #Haiti #Africa 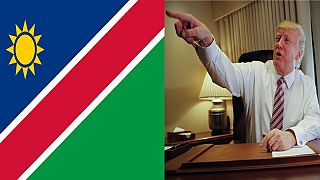 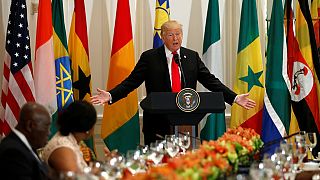 Trump to African leaders: Many of my friends trying to get rich in your countries

Trump to African leaders: Many of my friends trying to get rich in your countries