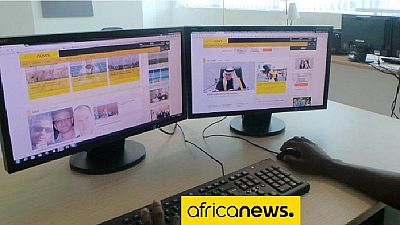 Africanews has had a good year covering news on the continent and across the world – on air and online.

We look back at the 2017 news year dissecting the news, business and sports headlines. We have also picked our Personality of the Year in the person of anti-CFA activist Kemi Seba.

With our ever growing audience on social media, Facebook and Twitter, we share our most read articles from January to December 2017. In 2016 we shared the articles that had most reach on social media.

We are not going to involve ourselves in any fight – Gambian army chiefhttps://t.co/BVdTGQnOth

February 2017: Valentine triumphs in the month of love

Police bans jogging in the streets of Sierra Leone https://t.co/Vonn4Fo5E0

September 2017: Ethiopia had to help Eritrea to get sanctions lifted

Ethiopia had to back Eritrea sanctions lifting as head of UNSC https://t.co/cc88Y5L5HX