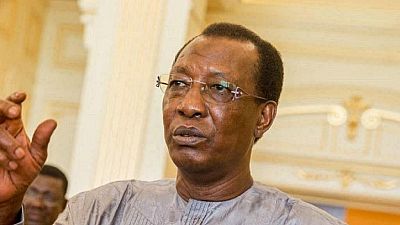 The President of Chad, Idriss Deby, on Sunday said general elections, scheduled for 2015 but much postponed, would be held in 2018.

“I am happy to announce, on the cusp of the New Year, that legislative elections will be organised in 2018,” Deby said in a televised address, urging all politicians to show responsibility and patriotism in the run-up to the poll.

The country’s parliament was due to be dissolved on June 21, 2015, but the constitutional court extended its term.

I am happy to announce, on the cusp of the New Year, that legislative elections will be organised in 2018

The opposition derided his comments that the country did not have the financial means to hold polls before 2019 and have dubbed the current parliament illegitimate.

On Sunday, he declared that “this major electoral event is awaited by Chad’s entire political class” and would be a source of “great political fervour”.

Deby also announced the creation of an “inclusive national forum” in the oil-producing nation to bring together political organisations to examine in detail “different approaches to (political) reform.

“We have to pay close attention to peace and security, which are primordial conditions for progress,” said Deby, warning the country it must not drop its guard in “the fight against terrorism.”

Chad is an ally of the West in sub-Saharan Africa in tackling Islamist radicalism. But a prolonged slump in oil prices has taken a heavy toll on the country’s economy in recent years.

While the announcement is a correct political move, questions abound on whether Chad will finally have the necessary financial means to organize the legislative elections in 2018.

The country still faces a terrible economic crisis that has worsened in recent years following the collapse of oil prices, Chad’s main source of income.

Analysts believe the announcement was made to pacify the opposition who have persisted in calling for the holding of legislative elections.

It is also seen as response to Chad’s key ally France, who have on more than one occasion asked the Chadian government to organise the legislative elections.

“Parliamentary elections are an important moment in democratic life. We hope, in this regard, that the Chadian authorities, of which it is the exclusive responsibility, will be able to announce a timetable soon “, declared Agnès Romatet-Spain, spokesperson of the French Ministry of Foreign Affairs.

On social media, a number of Chadians welcomed the announcement, hoping it will be used by the opposition to build momentum towards the unseating of President Deby who has been in power December 1990 after toppling Hissen Habré.

I almost think the local elections are even more important than the national at this point. We’re teetering way too close to a reality in which the right wing can call a constitutional convention

It’s a new year. Though most of the focus is going to be on the National Election, it’s important to assist any way you can in your local elections. For the Resistance to work, we need to take control of local governments too.