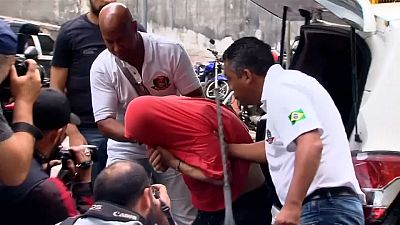 Brazilian police claim to have arrested more than 100 people who’re accused of being part of a massive paedophile ring.

The nationwide operation saw people held in 24 of the country’s 26 states, and in the capital Brasilia.

Those arrested are said to have produced or distributed pornographic material of children and teenagers over the internet.

Police have reportedly found more than 150,000 files with suspicious images, including pictures of babies and young children being abused.

The raids follow a six-month investigation which involved more than 1,000 agents. Brazil’s Justice Minister Torquato Jardim said it was carried out with the help of the United States embassy, and it’s understood that European immigration officials were also associated with the operation.