Tanzania: 128 poachers arrested in one year 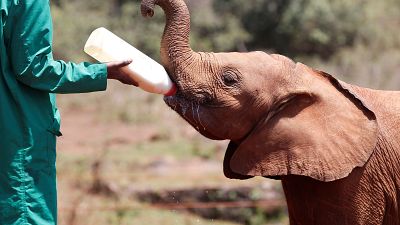 Tanzanian anti-poaching unit has arrested 128 poachers in central parts of the east African nation for the past one year, an official said on Saturday.

He revealed that most of the suspects were found in possession of weapons, government trophies. Some poachers were found inside the Rungwa-Kizigo and Muhesi game reserves, Xinhua further reports.

“But, we’re optimistic that during the period poaching incidents have gone down compared to the past 3 years,” the official said, adding that anti-poaching operations have been bearing fruits as there are more poachers arrested compared to the past.

According to Sanga, some of the suspected poachers are now serving their sentences in different prisons, while others their cases are in advanced stages in different courts across central Tanzania.

Around 20,000 African elephants are killed by poachers each year — that is roughly 55 a day.

The illegal wildlife trade is estimated to be worth at least US$19 billion per year and thought to be the fourth largest transnational illegal trade, after narcotics, counterfeiting, and human trafficking.