Who could be in contention for the Nobel Peace Prize 2017? 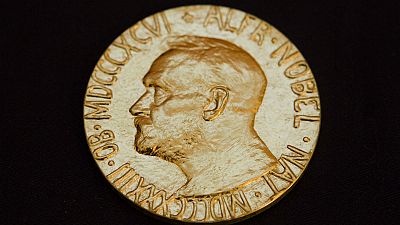 Anticipation is building over who will be awarded the 2017 Nobel Peace Prize. Pope Francis, with his strong stance on a range of issues, is among those tipped to win.

But, only the Nobel Committee knows who is in contention and they keep the list a closely-guarded secret.

German Chancellor Angela Merkel’s refugee policy has put her high on the list of bookmakers’ favourites for several years.

A prize for Turkish daily newspaper Cumhuriyet or its former editor-in-chief, Can Dündar, would be seen as a blow to President Erdogan’s crackdown on the press.

Dündar is in self-imposed exile in Germany.

The betting markets feel two-time Peace Prize winner, the UNHCR, led by Filippo Grandi should be in with a chance.

While the Economic Community of West African States – ECOWAS – has cropped up as an outsider choice for its work helping Gambia ensure a peaceful transition of power.

Syria Civil Defence, also known as the White Helmets volunteers are widely believed to have been pipped to the post last year. They claim to have saved 99,000 lives in Syria since 2011.

The American Civil Liberties Union – ACLU – could also be in with a shot. Its aim is to protect the rights and liberties of US citizens.

Finally, EU Foreign Affairs Chief Federica Mogherini and Iran’s Foreign Minister Mohammad Javad Zarif are thought to be in the running for bringing the Iran nuclear deal to fruition.

The winner will be disclosed at a ceremony in Oslo on Friday (October 6). 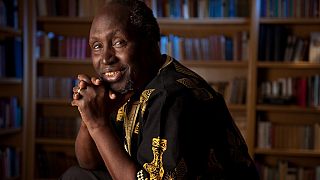