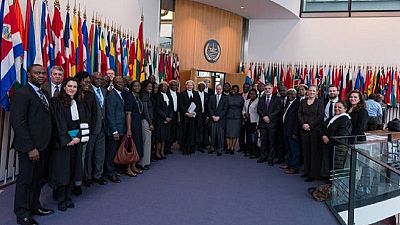 The International Tribunal of the Law of the Sea (ITLOS) on Saturday unanimously ruled that Ghana did not violate the rights of the Ivory Coast in oil exploration within and beyond 200 nm (nautical miles).

The Hamburg-based court also ruled that Ghana is not entitled to pay any reparation to Ivory Coast for the exploration of oil within the disputed boundaries in the Atlantic Ocean.

The dispute started since Ghana’s discovery of oil in 2007 which Ivory Coast laid claims to. Series of failed negotiations led Ghana to file a case at the ITLOS in 2014 to rule on the delimitation of the maritime boundary between the two countries.

A special chamber was formed in 2015 presided over by ITLOS Vice-President Boualem Bouguetaia and included another member of the Tribunal with two ad hoc judges to deal with the dispute.

“The boundary continues as a geodetic line starting at an azimuth of 191° 38’ 06.7’’ until it reaches the outer limits of the continental shelf,” it added.

The court rejected Ghana’s claim to bar Ivory Coast from objecting to the “customary equidistance boundary”.

The ruling means Ghana can keep its oil concessions and develop the Tweneboa, Enyira and Ntome (TEN) oil fields in the area with hopes of boosting production.