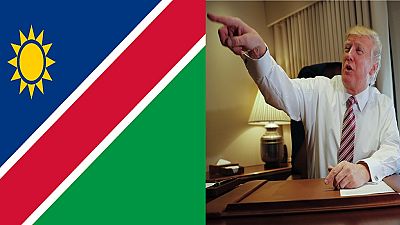 It was all merry when U.S. President Donald Trump mispronounced Namibia twice by calling the southern African country Nambia in front of eight African leaders in New York on Wednesday.

“In Guinea and Nigeria, you fought a horrifying Ebola outbreak. Nambia’s health system is increasingly self-sufficient,” he said.

Trump, at a lunch with African leaders, refers to the non-existent country of “Nambia.” pic.twitter.com/N8megnC1Xi

Social media was buzzing with mockery of Trump while traditional media had a bite of the #Nambia moment.

Some questioned if he was referring to Zambia, Gambia or Namibia whose president Hage Geingob was present.

I bet he meant Narnia

Hage: “great speech Trup”
Trump: “its TruMp, the M is not silent”
Hage: “oh like the ‘I’ in Namibia!#Namibia is not #Nambia pic.twitter.com/lKixAmOsLd

The first time Trump pronounced Namibia as “Nambia” 2 African leaders: Ha, he said it funny
The second time he did it: Oh god he doesnt know

White House later clarified that he was actually referring to Namibia.

It was later obvious that many people had never heard of the country Namibia before Trump’s gaffe as some social media users confessed their ignorance.

“Hey guys, I just learned about Namibia for the first time because that idiot Trump mispronounced a place I didn't know about!” #Nambia

Namibia #Nambia..who gives a shit. Trump mispronounced some country nobody even heard of. This is really a big deal? Media is a joke!

“How ridiculous that Trump thought #Nambia was an African country,” say many Americans who likely don't know that Trump meant to say Namibia

Liberals want to impeach Trump for mispronouncing the African country Namibia as “#Nambia“ but most libs can't even find Africa on a map.

President Trump mispronounced Namibia as #Nambia. And people criticizing it never heard of Namibia before today.

The same people who are criticizing Trump for saying #Nambia didn't even know Namibia existed until 2 hours ago.

Thanks to Donald Trump, Namibia is trending worldwide and may benefit from the publicity unlike #covfefe, which baffled the internet in May.

What you need to know about Namibia.

Namibia is a country in southwestern Africa with a population of about 2.5 million people. It is one of the world’s biggest producers of uranium and mines large quantities of diamond among other minerals.

It shares a border with South Africa, Botswana, Zambia and Angola.

Namibia gained its independence in 1990 following a civil war between pro-independence fighters and South Africa.

Namibia has a diverse geography as it is situated between the Namib and the Kalahari deserts. It has the least rainfall in sub-Saharan Africa and its ecosystem and natural resources are protected by the state.

Namibia’s economy is largely based on mining, agriculture, manufacturing and tourism. It has numerous species of wildlife and promotes sport hunting. 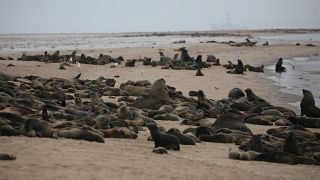