'Terrorism an enemy of Burkina Faso': President Kabore ahead of Macron meeting 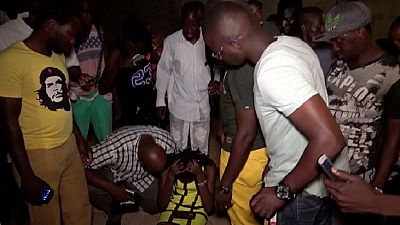 The deadly attack on a Turkish restaurant in the Burkinabe capital Ouagadougou has ended, the government confirmed on Monday morning.

The death toll as earlier reported remained at 18 at the end of the military operation with about a dozen injured. The president, Roch Marc Kabore, in a statement said the country will continue to fight and to do all it takes to defeat terrorism.

He described terrorism as an enemy of the country and said the Burkinabe people will be victorious in the fight. He sent condolences to families of the bereaved and persons injured in the attack of Sunday night which lasted till early hours of Monday.

Solidarity with the people and the authorities of Burkina Faso, @rochkaborepf. Together, France remains engaged against terrorism.

‘‘Solidarity with the people and the authorities of Burkina Faso, @rochkaborepf. Together, France remains engaged against terrorism. #G5Sahel,’‘ his French counterpart Emmanuel Macron said in a tweet after the French government issued a condemnation earlier.

The French presidency also confirmed that Macron will hold talks with Kabore later today, with the attack being top of the agenda.

“The president of the republic will hold talks during the day with his counterpart, President Roch Marc Kabore, in order to evaluate the situation,“ said a statement issued by Macron’s office on Monday.

The statement further stressed France’s commitment to working alongside countries in the Sahel region to fight against terrorist groups.

French TV station BFM reported that one French citizen had been killed in the attack, although there was no immediate, official confirmation of this fatality. 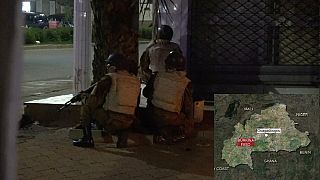