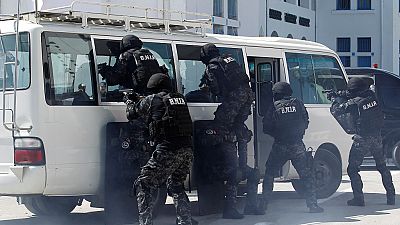 Tunisian radio station Mosaique FM identified the commander as Mourad Chaieb, the Algerian leader of Okba Bin Nafaa, a group that has skirmished for years with security forces in Tunisia’s mountainous interior.

Its members are mainly aligned with al Qaeda’s north African branch, al Qaeda in the Islamic Maghreb, which has a presence over the border in eastern Algeria. Some fighters have switched their loyalty to Islamic State.

Chaieb is a brother of the former leader of the group, Khaled Chaieb, who was killed by security forces two years ago.

Tunisia has been on high alert since 2015, when Islamic State gunmen killed dozens of foreign tourists in two attacks at a museum in the capital, Tunis, and on a beach in the resort city of Sousse.

The country also faces a potential threat from Tunisian militants returning from abroad. More than 3,000 are thought to have left to fight for jihadist groups in Syria, Iraq and Libya over the past four years.