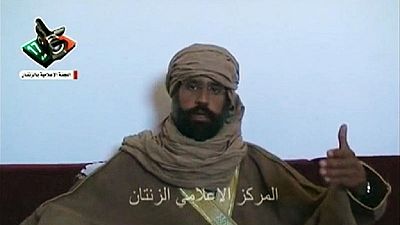 “Why not? If he wants to play a political role, there is no problem,” Haftar said in response to a question about the feasibility of Gaddafi’s son entering politics.

The 44-year-old, was freed on June 10 by a Libyan militia group based in the western town of Zintan. He had been arrested and kept in captivity since 2011.

Haftar confirmed the release adding that Saif-al-Islam was living freely in areas under his jurisdiction like ‘any ordinary Libyan citizen.’

“I have not seen him but have followed his moves since his release; he is in a specific place. I have nothing against him; on the contrary, he is welcome,” Haftar told Al-Hayat, a Saudi-owned newspaper based in the United Kingdom.

Saif-al-Islam is the subject of summons by the International Criminal Court (ICC) which has charged him for his role in a violent crackdown on protesters against his father’s regime back in 2011.

Incidentally, the Tripoli-based Government of National Accord (GNA) has called for his arrest and surrender to relevant authorities. GNA leader, Fayez Al-Serraj last Tuesday (July 25) met with his rival, Haftar, in Paris under the auspices of the French government to dilate on ways to return the north African country to the path of peace.

How Libya descended into the present chaos

The north African oil-producer was plunged into an armed conflict in 2011 following an uprising that led to the fall of the regime of Muammar Gaddafi. The North Atlantic Treaty Organization (NATO) joined rebels groups as part of efforts to oust Gaddafi.

NATO primarily enforced a no-fly zone over Libya. After seven months, the UN Security Council voted to end NATO’s mandate on 31 October following the death of Gaddafi. The former leader was captured in his hometown of Sirte and killed by his captors.

Libya is currently split with rival governments holding different parts. Islamic State insurgents also held parts of Sirte until they were recently pushed them out.

Libya has become the biggest security threat in the region whiles Europe continues to suffer floods of illegal immigration which was largely controlled during the Gaddafi regime. 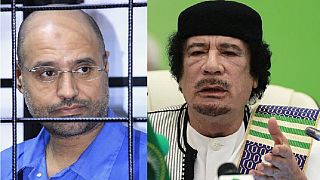 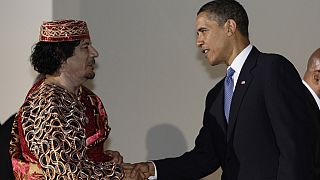 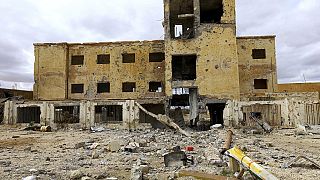 Obama blames Cameron and Sarkozy for the chaos in Libya

Obama blames Cameron and Sarkozy for the chaos in Libya