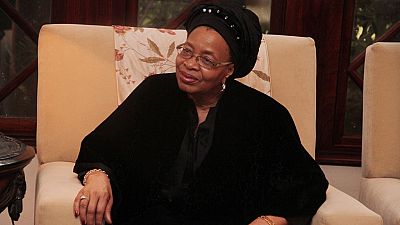 Nelson Mandela’s widow has condemned a new book released this week about the last days of the anti-apartheid hero describing it as a “breach of the doctor-patient relationship of confidentiality”.

The book written by Mandela’s doctor Vejay Ramlakan, revealed undisclosed details of the final moments of South Africa’s first post-apartheid president while in his care.

“I condemn the book in the strongest terms … I am taking legal advice on whether to institute legal proceedings against the author and its publisher,” Mandela’s widow Graca Machel said in a statement released by her foundation on Friday.

She added that she will consult the executors of his will on how “best to protect Madiba’s good name and reputation”.

I condemn the book in the strongest terms ... I am taking legal advice on whether to institute legal proceedings against the author and its publisher.

Excerpts of the book read: “On the previous night, we surmised, a sudden ulcer bleed and concomitant lung infection had probably caused an aspiration from blood that was being regurgitated.”

It also recounted details of an ambulance accident while transporting Mandela to the hospital and Mandela family’s disagreement with doctors among others.