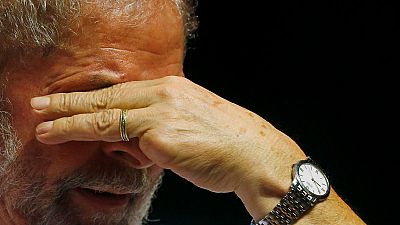 Former Brazilian leader Luiz Inacio Lula da Silva, who rose from childhood poverty to become a two-term president, was convicted on corruption charges on Wednesday in the first of five graft trials he faces.

He was sentenced to nine and a half years in prison. He will remain free on appeal.

He has denied any wrongdoing and say the charges against him – which claim he accepted a bribes in the form of an apartment in a corruption scandal linked to state oil company Petrobras – are politically motivated.

On Wednesday, a judge found him guilty of accepting bribes from engineering firm OAS in the form of a beachfront apartment in return for his help in winning contracts with Petrobras.

He was rumoured to be considering a bid for a third presidential term at next years election for the left-wing Workers’ Party.

Former U.S. President Barack Obama once labeled him the most popular politician on Earth.

He is also accused of money laundering, influence peddling and obstruction of justice.