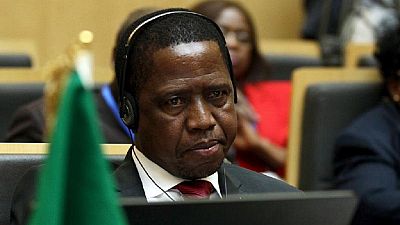 Months after the Catholic Church in Zambia decried what they said was dictatorial regime by the Edgar Lungu government, a coalition of civil society groups in the southern African country have arrived at the same conclusion.

Who are the members of this coalition?

The coalition is known as the Oasis Forum – it is made up of religious outfits, the Law Association of Zambia and a parent body for Non-Governmental Organizations (NGOs) in the country.

The group says the country once seen as a beacon of democracy across the continent was fast losing that tag. ‘‘Today our democracy is slipping away while many of us watch along the side-lines feeling helpless, voiceless and afraid,” a coalition statement read.

Today our democracy is slipping away while many of us watch along the side-lines feeling helpless, voiceless and afraid.

Issues raised by the Forum

1. The detention and pending treason trial of opposition chief Hakainde Hichilema. The economist and businessman is currently being held in a maximum security prison along with five others awaiting a High Court trial.

2. The mass suspension handed by the speaker of parliament to the main opposition bloc for boycotting an address by President Lungu. 48 lawmakers of the United Party for National Development (UPND) were suspended on Wednesday.

3. They also expressed worry over clampdown on media freedoms allied with refusal of police to okay public meetings by the opposition.

What did the Catholic bishops say months back

The Church expressed concerns over the rising tension in the political atmosphere. Its statement called for the release of Hichilema and for the state to stop using dictatorial measures on opposition members.

‘‘As we have stated before, the political environment in Zambia today is characterized by manipulation, patronage and intimidation of perceived government opponents. We urge the government to stop using state security institutions to intimidate its own nationals.

‘‘The police service in particular must be professional and impartial in carrying out their duties of maintaining law and order. Too many of the nation’s resources and time are wasted on politicking at the expense of real development. This culture must change for the better,’‘ they added.

He was arrested in April 2017 after the convoy he was travelling in allegedly refused to give way to the president’s motorcade. He was picked up by security forces after they raided his Lusaka residence in full riot gear.

He, along with five others, were charged with three offenses: treason, disobeying lawful orders and using insulting language. The state prosecutor dropped the second charge whiles the magistrate struck out the third citing incoherent and untruthful testimonies by police officers.

His lawyers previously said the case should not proceed to a high court because the officer who issued the trial papers had no authority to do so. But a magistrate last week said the treason trial could be heard by a High Court.

Even though a trial date has yet to be set, the UPND last Friday confirmed that its leader had been transferred to the Kukobeko Maximum Security Prison in Kabwe. He was previously being held at the Lusaka Prisons.

Zambia, a major copper producer has been in a politically tensed state following disputed elections held in August last year. Even though diplomatic efforts are underway to solve it, opposition elements have called the charges as politically motivated.

The UPND have maintained that the August 2016 presidential polls were rigged in favour of President Edgar Lungu and the ruling Patriotic Front (PF). They have however failed to overturn the results through the courts.

The April arrest was not the first time Hichilema had been picked up by law enforcement officials, he had spent a night in custody last October, accused of unlawful assembly and sedition when he tried to visit supporters in jail.

Hichilema has been charged with plotting with other people between October 10 of last year and April 8 to overthrow the government. 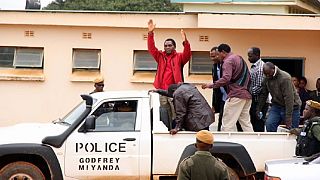 Zambia's opposition chief, 5 others to be tried for treason in High Court 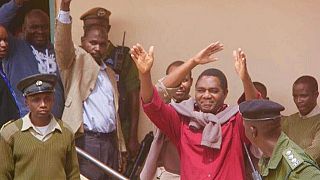 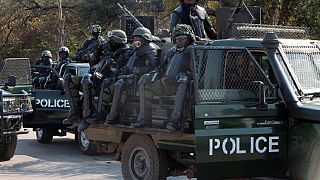 Zambians warned over social media use after arrest of opposition leader

You crossed the line: Zambia tells US ambassador

Zambia's opposition chief, 5 others to be tried for treason in High Court

Zambians warned over social media use after arrest of opposition leader

You crossed the line: Zambia tells US ambassador