Benin's Talon vows to push for constitutional review despite rejection

52nd annual meeting of the AFDB

Benin’s President Patrice Talon has vowed to push for a constitutional review despite its unanimous rejection by the legislature in March this year.

He defended his decision in an exclusive interview with Africanews’ journalist Afolake Oyinloye on the sidelines of the African Development Bank (AfDB) Annual Meetings in Ahmadabad, India.

“Never in Benin has one been able to hold a former government official accountable. This is not favorable for any country’s development because Africa needs to reform its governance, this is why it was necessary for us to review the constitution,” he said.

“I’m waiting for the right time to restart this battle because the constitutional review is indispensable to reshape politics in Benin,” Talon added.

Talon’s peaceful election last year was seen as reinforcing the democratic credentials of the tiny nation in a West African region where polls are often marred by violence, intimidation and rigging.

The new amendments unilaterally rejected by the country’s legislature proposes a single six-year presidential term, the establishment of a Court of Auditors, the public funding of parties and also prohibits pre-trial detention and police custody for incumbent ministers and president. 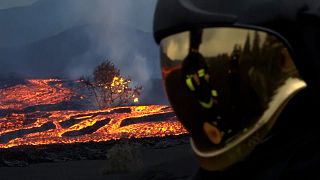