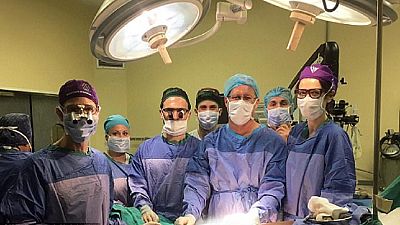 World’s third penis transplant has been successfully performed on a 40-year-old man in South Africa by doctors from Stellenbosch University (SU) and the Tygerberg Academic Hospital in Cape Town.

This is the second successful penis transplant performed in South Africa after the first operation in December 2014 by the same team.

The 40-year-old recipient is reported to have lost his penis 17 years ago due to complications after traditional circumcision.

It took the doctors, led by Professor André van der Merwe, nine and a half hours to perform the transplant on April 21, local news portal Health24 reported.

Unfortunately we could not find a donor of the same race. In this case the donor is white and the recipient is black.

“He is certainly one of the happiest patients we have seen in our ward. He is doing remarkably well … There are no signs of rejection and all the reconnected structures seem to be healing well,” Van der Merwe said.

Within six months, the recipient will regain full functions of his new organ which has a colour discrepancy because he is a black man and the donor is white.

“Unfortunately we could not find a donor of the same race. In this case the donor is white and the recipient is black,” one of the team members Dr Amir Zarrabi told Health24, adding that the colour discrepancy will be later corrected with medical tattooing.

He expressed confidence that they will perform more successful transplants in the future.

“The loss of a penis from traditional circumcision is big, and we want to create sustainable programmes to help these people,” he added.

The second penis transplant in the world was performed in May 2016 on a 64-year-old man at the Massachusetts General Hospital in Boston in the United States.