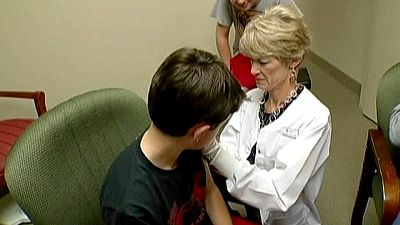 Get your children vaccinated, or be fined. That’s now the message in Italy, where the country’s cabinet has approved a law which obliges parents to protect their children against a string of infectious diseases.

Those up to six years old will not be accepted into nursery schools without proof of inoculations. And parents sending their children to school after that age without vaccinating them first will now face fines.

“This is not an emergency, but it is a matter of concern to which the government intends to respond to,” said Paolo Gentiloni, Italian Prime Minister.

“I am convinced that, with the necessary gradual steps, Italian families will have a much higher level of protection for their children than is currently the case.”

It comes after a warning that a fall-off in vaccinations had led to a measles epidemic, an epidemic that’s sparked a huge public debate.

Vaccines against measles, mumps, rubella, chicken pox and meningitis, which were previously only recommended, will now become mandatory.

The law will also oblige inoculation against polio, diptheria, tetanus, hepatitis B, whooping cough and haemophilia B.