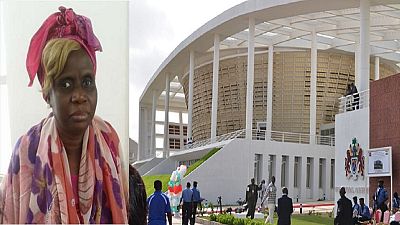 Gambia President Adama Barrow has appointed a visually impaired woman as a member of the country’s 53-seat National Assembly.

Ndey Yassin Secka-Sallah who is a former broadcaster at the Gambia Radio and Television Services (GRTS) was appointed early April as one of the five members to be appointed by the president per the constitution.

She is the second visually impaired person to be appointed to the National Assembly after Abdoulie Saine, who was appointed by Yahya Jammeh in the previous Assembly.

Ndey Yassin Secka-Sallah is one of the three females to be appointed into the National Assembly including current speaker and lawyer Mariam Jack Denton, and another lawyer Kumba Jaiteh.

The Assembly has only one female elected member -Fatoumata Jawara – from Barrow’s party, the majority United Democratic Party (UDP).