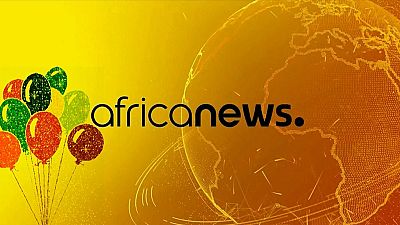 It is a year since pan-African television media, Africanews, started broadcasting from Pointe-Noire in the Republic of Congo.

On April 20, 2016, CEO of Euronews and President of Africanews, Michael Peters launched the first multilingual and participative TV news channel in sub-Saharan Africa.

The English and French channels broadcast to 35 sub-Saharan Africa countries with a team of over 50 media professionals from 11 different nationalities.

We are delighted that Africans, with so many cultures and identities, have unanimously and very well received this ambitious project that conveys pan-African information from the continent, without any political or ideological preference.

#AfricanewsOnAir in 2 languages, English and French; see moments of the launch of the TV with africanews staff pic.twitter.com/QW7cbBjrYM

Currently, Africanews is available in 37 countries across sub-Saharan Africa and is received in 9 million homes, thanks to partnerships with major subscription television players.

As of March, 2017, Africanews had 2 million weekly audience in seven African countries – an increase of 300,000 from December last year, according to the Africascope survey conducted by Kantar TNS.

“We are delighted that Africans, with so many cultures and identities, have unanimously and very well received this ambitious project that conveys pan-African information from the continent, without any political or ideological preference, produced and presented by African journalists and technicians,” said Michael Peters.

Africanews has won two awards since its launch with the first in September last year when the company received the 2016 New Media Award at the 18th edition of the Grand Prix Media awards run by the French magazine, CB News.

Africanews launched its online platform earlier on January 4, 2016 offering diversity in information including News, Business, Sport, Culture, Science and Technology stories in both English and French with a fully responsive interface for mobile, tablet and desktop computers.

There is also the No Comment section which gives a vivid and objective video account of major events on the continent for the readers’ judgement.

Africanews Apps will soon be available for free on the App Store for all iOS devices and later for Android devices.

Africanews is a 100% Euronews subsidiary financed through advertising and distribution.