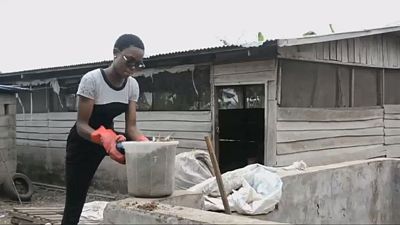 At a school in Cameroon’s largest city Douala, students learn how waste can be turned into a renewable source of energy.

The lessons are run by The Green Girls Project, a non-governmental organization in Cameroon that trains young women in technology.

The project’s founder and CEO, Monique Ntumngia says the idea came from a need to help students in areas without electricity keep up with their studies.

“When I was in Kano, in Nigeria and I was a program officer in charge of gender human rights. So we were sharing didactic materials, empowering girls in this community in Kano on how to go to school and the benefits of education and one of the girls approaches me and asked me, ‘madam, we don’t have light so how do we use all these books and all these educational tools you are given us’. And then it hit me that there was a real need for light. So I diverted my attention and I decided to focus on promoting sustainable development in Africa with the help of renewable energy,” said Monique.

By turning waste into biogas – the project is tackling pollution and providing cheap, renewable energy solutions in many parts of the country.

Anything from discarded fruits to grass as well as chicken droppings – once ingredients for a menacing waste problem for the community, can now be a source of power.

The waste is ground together to produce a mixture that is then poured into a bio-digester to produce biogas, which can be used for cooking or heating and can power small generators to run household electrical appliances.

The Green Girls Project has also partnered with Bioenergy-Cameroon, which installs equipment that converts waste from septic tanks and pit latrines into biogas.

Women and girls, especially in rural areas are – most of the time, the ones responsible for procuring and using cooking fuels. But they were the hardest to convince, says Monique.

Her team struggled to sell the idea.

“Nobody believed in the whole project when we were preparing. We didn’t have any support, the language barrier. Because when you are going to communities and you have to empower girls who didn’t go to school, it is a different environment, it is a different scenario. Adapting this information to people who are not exposed to actually what is happening out of their immediate environment,” she added.

According to data from the World Bank, only 53 percent of Cameroon’s population of 23 million have access to electricity.

Cooking gas sold in containers can be difficult to afford, especially for Cameroon’s poorest. A 12kg cylinder of liquefied petroleum gas costs 6,000 Central African francs (FCFA), or nearly 10 US dollars, according to the Ministry of Trade.

Families benefiting from the cheap biogas say they are using the money they save for other essential items such as school fees and medical care.

Many say they are relieved to have a new source of electricity and are Monique says a lot more of the girls they train are starting to think of new ideas and new energy solutions.

“I think instead of us going out to buy cooking gas, we can use biogas because it will be more cheaper and with biogas that we have created ourselves we can get like sewages, wastages from like pawpaw peelings, banana peelings and make our gases and due to that, we will be able to produce our own energy like to cook, to have like electricity in our homes,” said one student Erica Lobe.

So far, the project has benefited 3,000 households in regions in northern and southern Cameroon, which have received domestic biodigesters through the project, and demand is growing fast, project organizers say. 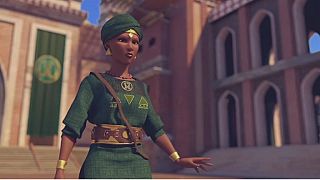 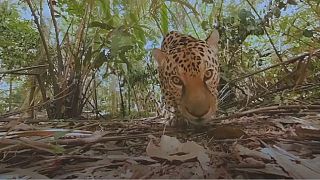 A safari experience through "VR" technology

A safari experience through "VR" technology