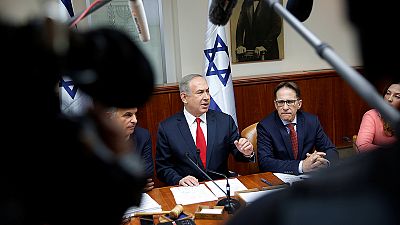 Israeli Prime Minister Benjamin Netanyahu has told senior ministers he is lifting restrictions on settlement building in East Jerusalem. It comes as approval was given for the building of 566 new settler homes in the city.

The announcement has been made only days after the self-proclaimed pro-Israel Donald Trump took office.

Jerusalem’s Deputy Mayor Meir Turjeman said he had been asked to delay the issuing of the building permits until after Trump’s inauguration.

“I was asked by everyone to wait until the 20th of the month when the Donald Trump era as President of the United States will begin. Trump gives us hope. Trump said clearly that he will allow construction in Jerusalem and not the nonsense there was beforehand.”

“The ball is in the court of Mr. Trump to explain whether he is supporting and backing Israel within ’67 borders or supporting an expansionist, a fascist, a racist, a colonialist state.”

In its final weeks, the Obama administration angered the Israeli government by withholding a traditional US veto of an anti-settlement resolution at the United Nations Security Council, enabling the measure to pass.

Before taking over as president, Trump also pledged to move the US embassy from Tel Aviv to Jerusalem and has nominated as new U.S. ambassador to Israel, David Friedman, who is seen as a supporter of settlements.

Prime Minister Netanyahu is said to have been invited by President Trump to a meeting in Washington in February, on a date yet to be decided. 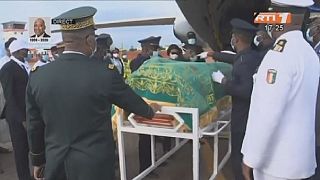