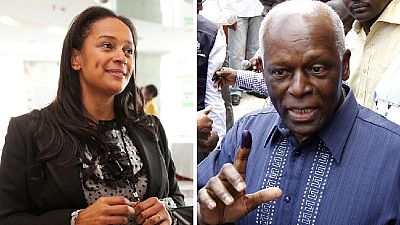 Isabel, who heads the country’s oil firm Sonangol, is reputed to be the wealthiest woman on the continent. Forbes reports that she had nearly 19% of Banco BPI shares, Portugals’s fourth-largest bank.

BBC reports that BFA’s controlling stake was bought from a Portuguese bank by Angola’s largest phone operator Unitel which is run by Ms dos Santos. As at today, she is listed as one of two Vice-President of the bank’s board of directors.

Portuguese bank, BPI, accepted to relinquish its stake in the bank as a result of pressure from the European Central bank. According to the ECB, BPI’s exposure to Angolan government debt was too risky under new European banking laws.

Forbes pegs her current worth at $3.2 billion largely made from investments. In Angola’s former colony, Portugal, she owns a nearly 7% chunk of oil and gas firm Galp Energia (alongside Portuguese billionaire Americo Amorim).

Angolan lawyers have filed an appeal in the Constitutional Court after the President’s billionaire daughter was cleared to take office as the head of the country’s national oil company.

The Supreme Court last month rejected an application by 12 human rights lawyers to have Isabel dos Santos removed as the head of Sonangol, which handles the oil and gas reserves of Africa’s largest oil exporter.

The lawyers, who have accused President Jose Eduardo dos Santos of nepotism, first filed a case rejecting the appointment at the Supreme court before it was over ruled on December 27.