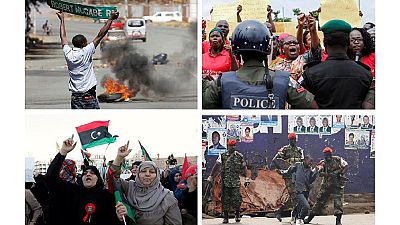 2016 was a year that served a lot of protests throughout the continent. The theme of these protests ranged from politics, diplomacy, education, the economy and human rights.

From Egypt in north Africa to Cameroon’s Bamenda in Central Africa through to Zimbabwe and South Africa, protesters took to the streets for different reasons but in each case to make a demand – that authorities take action.

The decision to protest was largely seen as a showdown with security forces in some instances, in most cases over the last year. We serve out top 12 shots of protests across the continent in 2016. 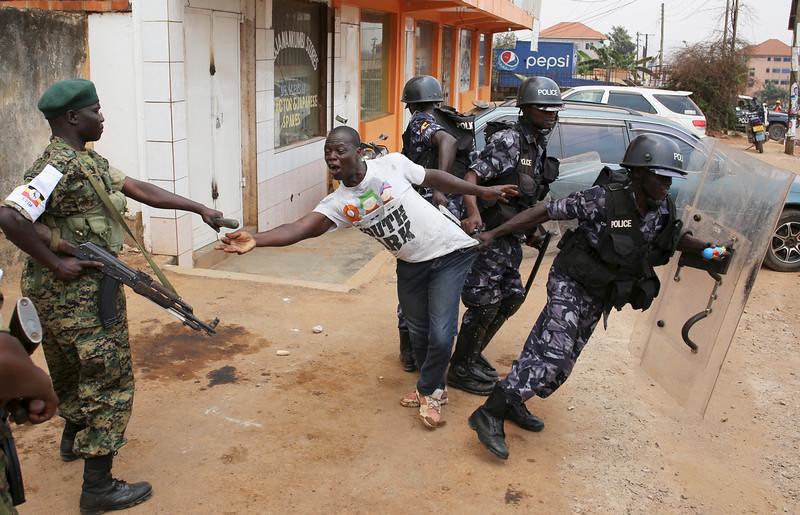 Policemen detain a supporter of opposition leader Kizza Besigye near his office in Kampala, Uganda February 19, 2016. Ugandan police shot in the air and fired tear gas at opposition protesters in several parts of southern Kampala on Friday, a Reuters witness said, after the presidential election a day earlier. 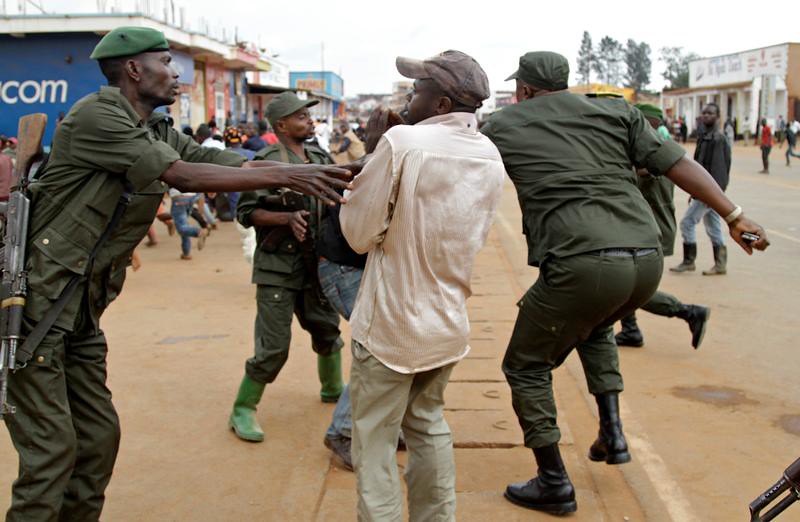 Congolese soldiers arrest civilians protesting against the government’s failure to stop the killings and inter-ethnic tensions in the town of Butembo, North Kivu province in Democratic Republic of Congo, August 24, 2016. 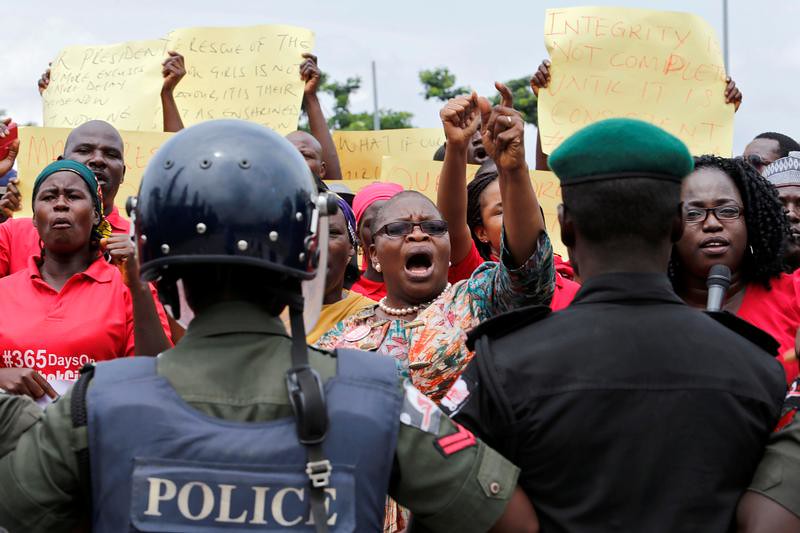 #Bring Back Our Girls (BBOG) campaigners and parents of abducted Chibok girls are denied access by police to see President Muhammadu Buhari during a rally in Abuja, Nigeria, August 25, 2016. 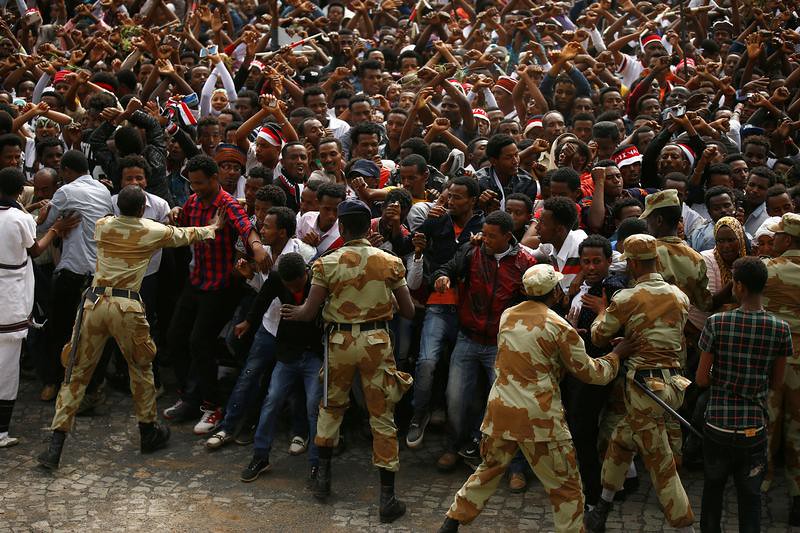 Demonstrators chant slogans while flashing the Oromo protest gesture during Irreecha, the thanksgiving festival of the Oromo people, in Bishoftu town, Oromiya region, Ethiopia, in this file photo taken October 2, 2016. 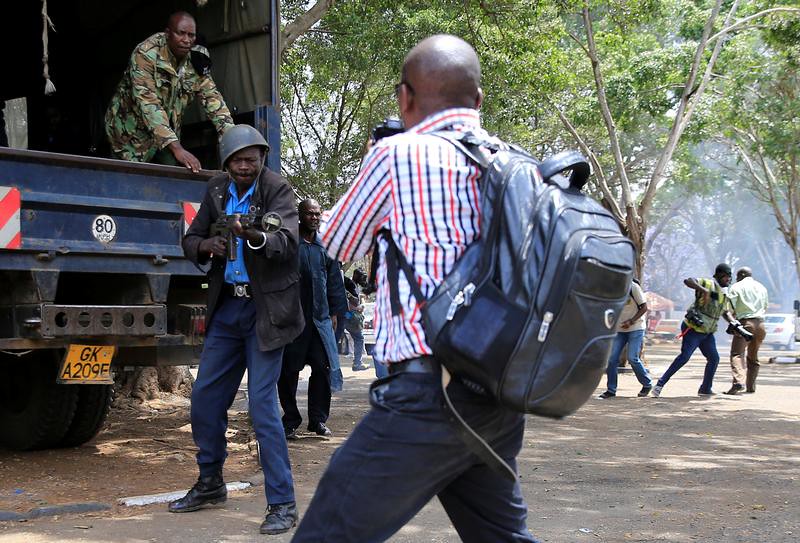 A riot policeman attempts to fire a tear gas canister towards journalists covering anti-corruption protest opposing the graft and abuse of funds in public healthcare, during a demonstration in Kenya’s capital Nairobi, November 3, 2016. 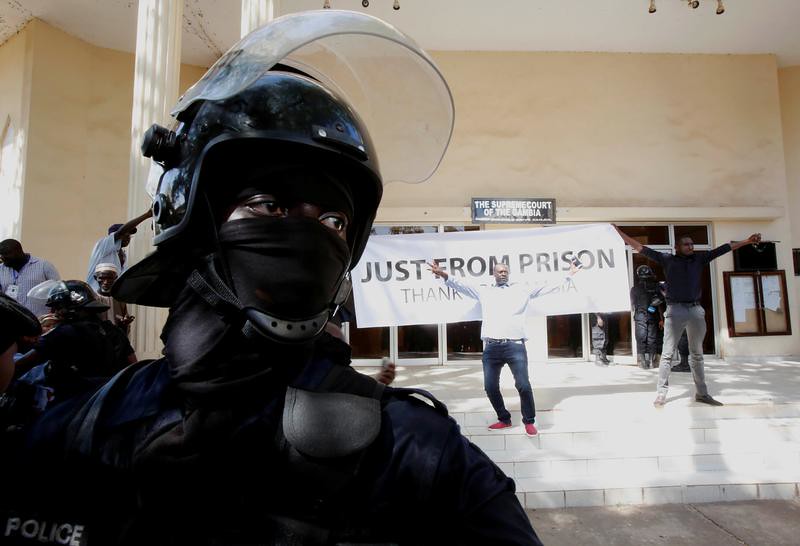 Partisans of Gambian political prisoners protest at the Supreme Court for trial in Banjul, Gambia December 5, 2016. 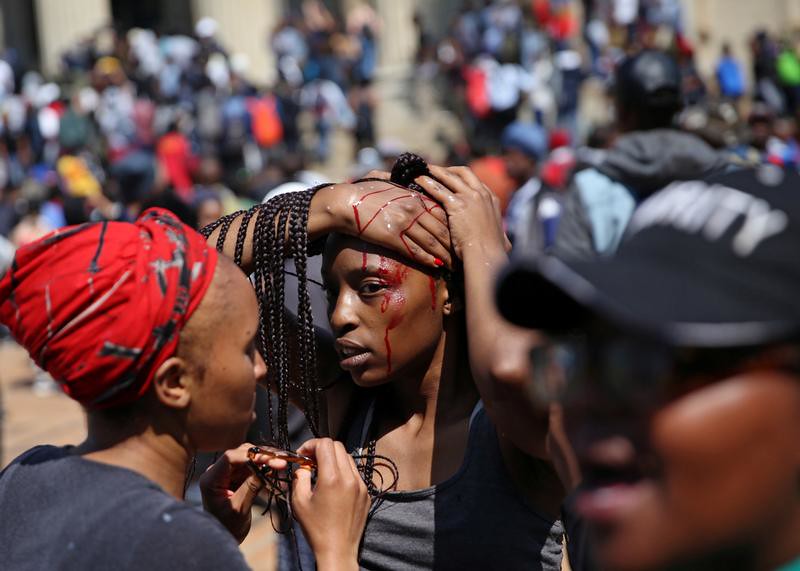 An injured student is attended to by her schoolmates after clashes with security at University of the Witwatersrand on Tuesday, as countrywide protests demanding free tertiary education entered a third week, Johannesburg, South Africa, September 20,2016. 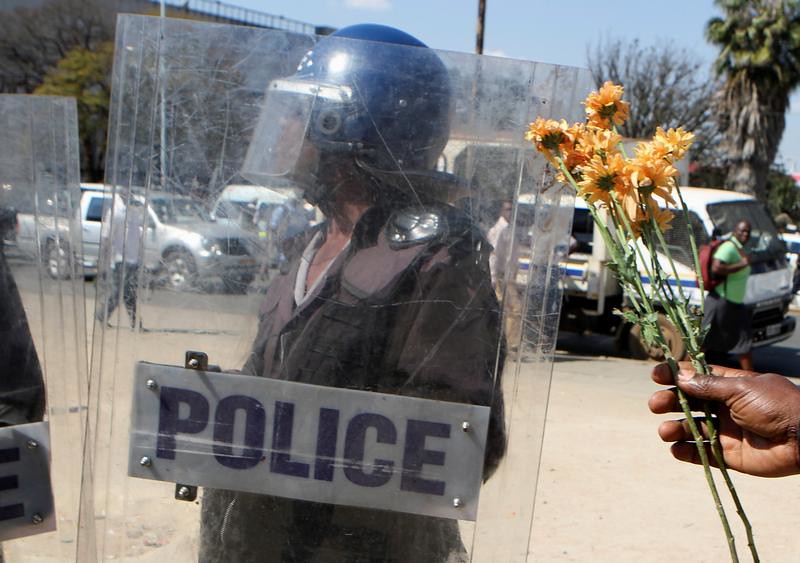 A Zimbabwean anti-riot policeman looks away as a protester holds flowers during a peaceful demonstration which later turned violent after police dispersed about 100 people protesting against central bank plans to re-introduce local banknotes in Zimbabwe’s capital Harare, August 17, 2016. 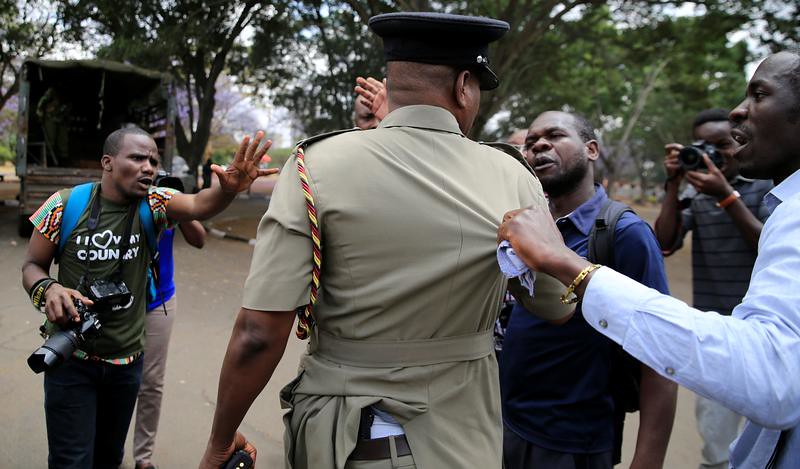 Journalists petition a senior policeman after they were attacked by riot policemen as they covered anti-corruption protesters opposing the graft and abuse of funds in public healthcare, during a demonstration in Kenya’s capital Nairobi, November 3, 2016. 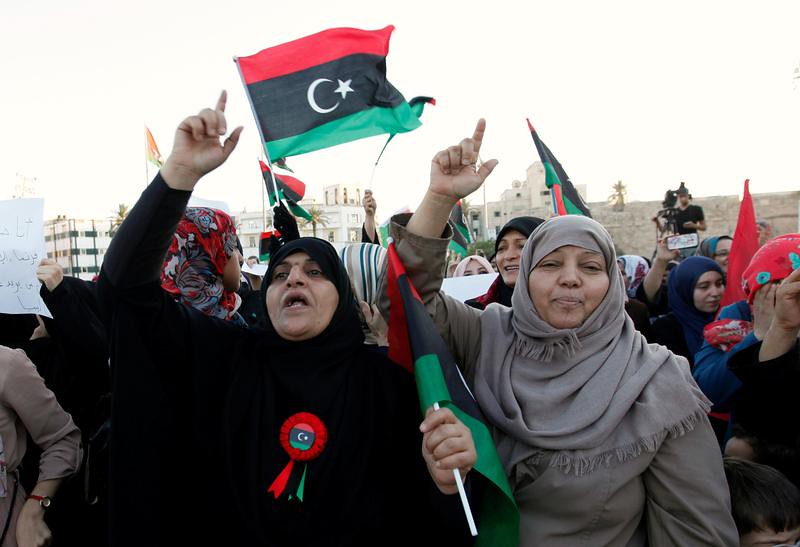 Demonstrators protest against what they say is French military intervention in Libya, at Martyrs Square in Tripoli, Libya July 22, 2016. 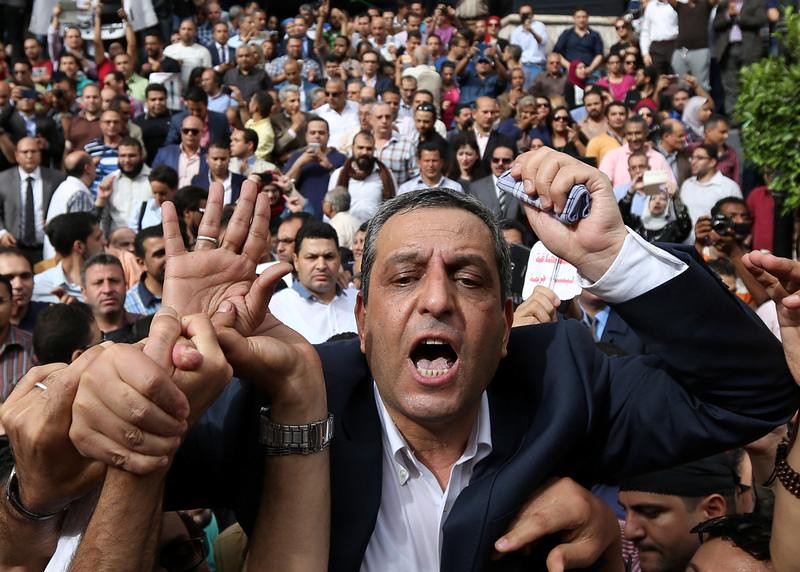 Journalists carry Yehia Kalash, head of the Egyptian press syndicate, during a protest against restrictions on the press and to demand the release of detained journalists, in front of the Egyptian Press Syndicate’s headquarters in downtown Cairo, Egypt May 4, 2016. Picture taken May 4, 2016. 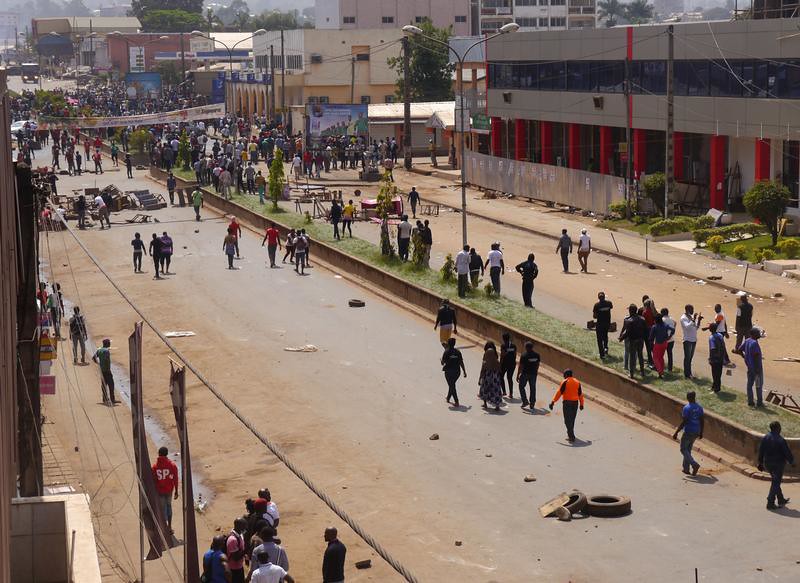 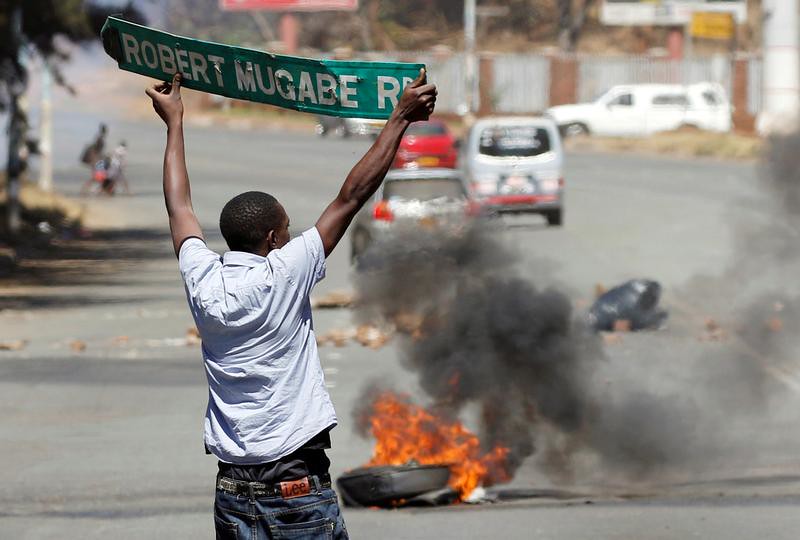 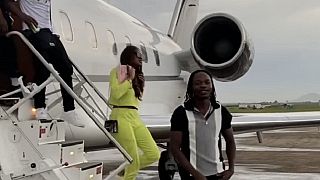