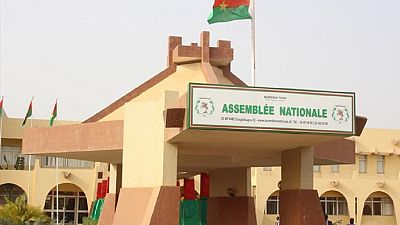 Burkina Faso’s National Assembly has defended its decision to grant an amount of one million francs each to members of the legislature.

The announcement of the funds meant to facilitate the work of legislators angered Burkinabes who took to social media to vent their disapproval. The amount which translates to over $1500 is to be paid to all 127 members.

Parliament explained that the said amount which was paid as Members of Parliament (MPs) went on holidays was in accordance with the law, explaining further that it was to help take parliamentary work to the people at the grassroots level.

In a statement, the National Assembly attempted to put an end to the controversy by providing more clarification on this amount, a statement released read:

‘‘Budget Management 2016, Title IV, Article 64, paragraph 649, Subvention to Parliamentary Groups, provides support to members in order to enable them to ensure, as appropriate, the accountability of the elected representative vis-à-vis the populations of his constituency.

‘‘It was in this capacity that the MPs each received CFAF 1 million at the end of the second parliamentary session as part of the 2016 budget voted by the National Transitional Council (CNT).’‘

The explanation has done little to satisfy people on social media. This is especially so because this payment comes less than a month after the intense controversy arising from the acceptance by the National Assembly of 130 tablets valued at 65 million FCFA.

The tablets which have since been returned were offered by an Asian company that had just won a public contract valued at some four billion FCFA. Lastly, the National Assembly decided on December 5 to return the tablets, hoping to silence the critics.