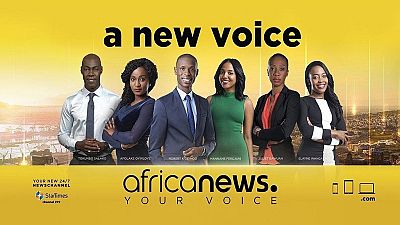 Barely six months after its launch, Africanews is watched by 1.7 million viewers in the seven French-speaking African countries every week.

These findings were derived from the latest Africascope survey, conducted by Kantar TNS which has been measuring the audiences of national and international television channels and radio stations since 2008.

According to the survey, Africanews’ audience is young and more affluent than the average target population with majority being men who make up 67% of viewers in these seven countries.

In terms of awareness, 60% of respondents in Gabon are aware of Africanews while 41%, 34%, 29%, 28%, 25% and 21% are aware of the television station in Cameroon, Ivory Coast, Senegal, Democratic Republic of Congo, Burkina Faso and Mali respectively.

An average of 93% of people aged 15 years and above in the target audience watch television daily making 17.3 million viewers.

CEO of Euronews and President of Africanews, Michael Peters, expresses satisfaction with the results saying they are highly encouraging and consolidate Africanews’ editorial position.

“We can already say that Africanews has found its audience, who approve of our intention to show the new face of news in a fast-moving continent. With our team in Pointe-Noire and its network of correspondents, we fulfil our daily mission of providing independent news and promoting Africa’s rich diversity,” Michael Peters added.

Africanews launched its online platform on January 4, 2016 and its television on April 20 as sub-Saharan Africa’s first multilingual and independent channel broadcasting from Pointe-Noire, Congo.

In September, the bilingual television won its first award, for its excellence in news delivery since it launched this year, at the Grand Prix des Médias Awards 2016 held in Paris.

Africanews broadcasts to 35 sub-Saharan Africa countries with a team of over 80 media professionals from 15 different nationalities. 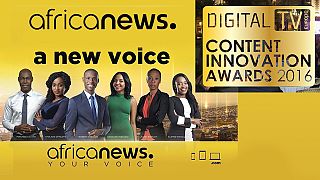 Africanews wins second award less than a year after launch

Africanews wins second award less than a year after launch