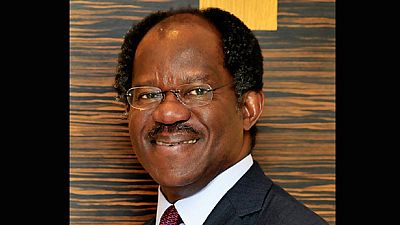 U.S president-elect Donald Trump on Friday named a Nigerian-born, Adebayo Ogunlesi, as a member of an advisory council that will help the incoming president implement “ his plan to bring back jobs and Make America Great Again.”

The 63 year-old Ogunlesi who is the chairman of Global Infrastructure Partners, a private equity firm and one of Fortune 500 companies, is the only African face in the16-man team, which has Steve Schwarzman, CEO of private-equity giant Blackstone as chairman.

Ogunlesi has investments worldwide in infrastructure assets in the energy, transport, and water and waste industry sectors.

This forum brings together CEOs and business leaders who know what it takes to create jobs and drive economic growth.

Blackstone in a statement said Ogunlesi, who is also a board member at Goldman Sachs, joins some of America’s most highly respected and successful business leaders in the President’s Strategic and Policy Forum, which “will be called upon to meet with the President frequently to share their specific experience and knowledge as the President implements his economic plans.

“This forum brings together CEOs and business leaders who know what it takes to create jobs and drive economic growth,” said President-elect Trump.

For Ogunlesi, the Trump advisory appointment may be a distraction as he has his hands full.

Ogunlesi on 15 October was named as an independent director of Goldman Sachs Group, Inc. Apart from being managing partner of Global Infrastructure Partners, he also serves on the boards of Callaway Golf Co. and Kosmos Energy Ltd.

At the same time he is the chairman of Africa Finance Corp. and serves on the boards of various not-for-profits ranging from New York Presbyterian Hospital to the NAACP Legal Defense and Educational Fund, Inc.

Adebayo Ogunlesi has been appointed to President-elect Trump's economic advisory team. He joined Goldman Sachs' Board of Directors in 2012. pic.twitter.com/1g3JTWltap

Trump during the campaign period threatened to evacuate Nigerians from the country once he becomes president.

During a rally at Wichita, Kansasa held in March 2016, he said “Nigerians and Mexicans have taken all the jobs meant for honest hard working Americans,”

The first meeting of the Forum will be held at The White House during the first week of February.