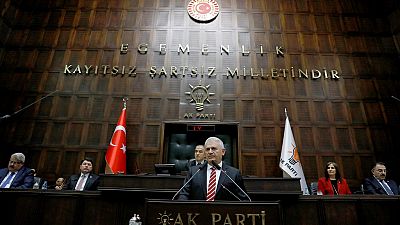 Turkey’s ruling AK Party has been widely condemned for a proposal that critics say would legalise rape in some cases.

The suggested law would see people convicted on charges of sexual abuse against girls have their sentences indefinitely postponed if the perpetrator agrees to marry the victim.

This would only apply in cases occurring before November 16, in instances where no “force, threat or trick” was committed.

Prime Minister Binali Yildirim has defended the draft, saying: “There are those who got married under-age. They don’t know the law, then they have kids, the father goes to jail and the children are alone with their mother. We located 3,000 families like this. This is a law to eliminate this victimization for just one time.”

The AKP says the law aims to pardon men who did not realise they were engaging in sex with a minor.

Civil marriage under the age of 18 is illegal in Turkey, but marriage between men and underage girls through a religious ceremony is common in some parts of the country.

Some people though are worried about the consequences of passing the law.

“I am very scared about the future … I mean if a woman is married with her rapist, she could kill him,” said Elif Celiktas, an Istanbul resident.

The proposal will be reconsidered next week.

Critics claim it legitimizes both sexual abuse and child marriage and say it raises the question of how young is too young?